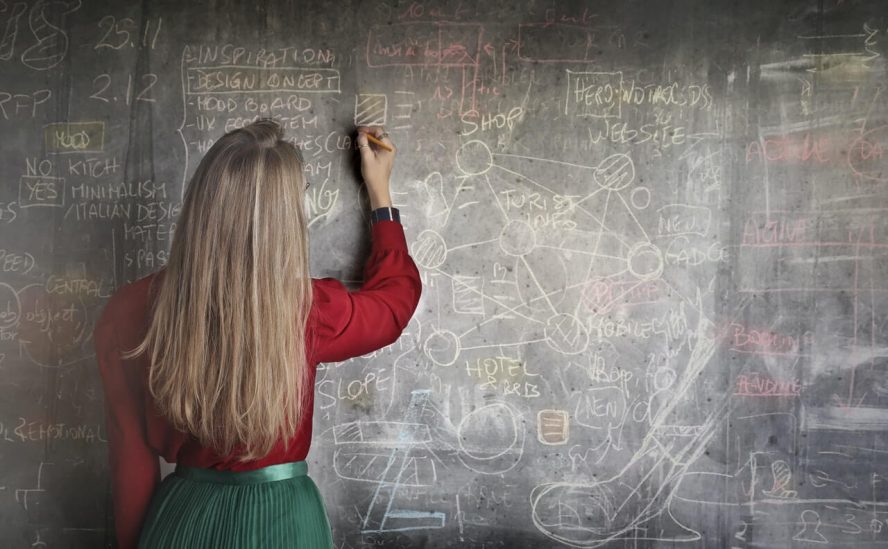 An element of the exam experience is receiving your grade in the aftermath of the test, but have you ever wondered what your grade really means? Each grade in the system can be sorted into three main categories: pass, merit and distinction. This article will go over what these terms mean and give a clear explanation on each individual grade and the category it falls into. This article also includes an explanation of each grade according to the A*-G system, so not matter when the test was taken, you still have a sure answer to which category your grade falls into!

Each grade can be sorted into three main categories: pass, merit and distinction. The grades that fit into the pass category are: 5, 4, and 3, and C, D and E. However, a separate type of grades 5 and 2 is required to fit into the pass category; this is gone into in more detail later on. In the merit category are the grades 5, 6 and 7: again, a special type of 7 is required for this category, so read on to find out whether yours qualifies. In the retired system, a merit would count as a B, and potentially a low A. Finally, for a distinction the grades 7, 8 and 9 are required, and an A or A* in the withdrawn system.

It could be argued that there is a 4th category: failure. This is gone into in more detail further on in the article. It must be pointed out that this article is opinion-based, and none of the ideas and notions suggested here are absolute fact: they are simply a guide for inquisitive students.

This article will explain the basis of each grading system, and explain which grades fit into the pass, merit and distinction categories.

What Does Each Grade Mean?

Most tests in the UK are graded according to a new system that was initially created in 2014- one of the most prominent exams that uses this system are GCSEs. The modern grading system is referred to broadly as the 9-1 system: this system ranges from grades 9-1- with 1 being the lowest, and 9 being the highest. As this is quite a recent change, many are more acquainted with the grading system that is now retired in the UK (A*-G) which works in a slightly different way. In this section, there will be an understandable and comprehensive explanation on how both of these systems work.

Firstly, the 9-1 system. As mentioned previously, 1 is the lowest score attainable, whereas 9 is the highest. The system was changed to allow high achievers to achieve even higher than they could previously, as a 9 is a higher grade on the scale than an A*. It also symbolises to employers that the student has taken the new GCSEs and can help employers to differentiate varying people with contrasting abilities.

Many people perceive the new system to make the chance of obtaining top marks even slimmer, and those people are strictly correct. In 2014, 6.7% of applicants achieved an A*– in 2019, the percentage of students who achieved a grade 9 was just 4.7%. The modern system has its advantages and disadvantages- although it’s harder to get higher marks, those who do are recognised more perhaps than they would have been if they had taken their exams under the old system.

Although none of the GCSE exams are graded using the A*-G system as of 2019, this article will not fail to mention the withdrawn system. This article will also show the correlation between the old and new in a fair amount of detail, so you have an idea of what your grade means if it is marked using this system. It is also a necessary point that this article is relevant to all test grades- not just GCSE grades.

When talking about the grades required to obtain a pass, merit, distinction etc., the words high and low may be used to describe a grade, for example a ‘high grade 5’. This is not an actual grade– in an exam, it would simply be a 5. So what does this mean? Well, if you are familiar with the old system, you will know that you can achieve an A* instead of an A, and these are obviously two different grades. Although this was not used in GCSE marking structures in the past, you may also be familiar with the prospect of being graded something along the lines of a ‘B-‘or ‘C+’. Well, when we refer to a ‘high grade 5’, what we essentially mean is a ‘5+’. A ‘5+’ would be obtained when the marks you received are closer to the grade 6 boundary than a grade 4; a low grade 5 would be like a ‘5-‘, and the marks would be closer to the boundary of a grade 4 than a grade 6.

There is also a grade that is used in both systems, and are identical- a U. A student would obtain a grade U if the mark they received did not reach the first grade boundary (a grade 1). The U stands for ‘unclassified’, and if you received a U, you would have failed the exam.

What Grade is Equivalent to a Pass?

In the modern system, we can split the pass grades into 3 sections. Section 1 is a high pass, which is equivalent to a grade 5. Section 2 is just a standard pass, not high or low- a grade 4. Finally the last section- Section 3- a low pass: a grade 3. Gaining a grade 2, a grade 1 or a U is classified as a failure. If you fail English Language, English Literature or Maths at GCSE, you are required to retake the exam.

The UK government set a grade C as the required grade to obtain a standard pass, however the two grades below– D and E- are still regarded passes, although they are worth less. All grades F and below are counted as fails– hence the letter F, representing the word ‘fail’. This allows us to categorise pass grades into two sections: a high pass, and a low pass. A high pass would consist of the grades: C, and a low B. A low pass would consist of the grades: D and E.

In previous years, it was not mandatory for students to retake Maths and English if they failed- however in 2013, the government changed this rule and made it obligatory, so for the subjects Maths, English Language and English Literature at GCSE it was mandatory for students to achieve a C, meaning that any lower resulted in failure and a retake. Reiterating what was mentioned before, this only applies to Maths and English- none of the other subjects took on this rule.

No matter what test you take, whether that be GCSEs, A-Level, or an individual school test, the grades mentioned above are all generally perceived to be a pass. However, this may differ slightly from school to school, so it is not incorrect if you have been told different. If you do not agree with the ideas mentioned in this article, then do not worry- it is an opinion-based article, and not everyone is required to possess the same opinion!

What Grades are Equivalent to a Merit?

The Oxford Essential English Dictionary definition of the word ‘merit’ is as follows: ‘the quality of deserving praise, excellence’ meaning that receiving a merit in an exam is a wonderful achievement! In the vast majority of exams around the country, the grades in the modern system that will give your grade the status of a merit are a high grade 5, a grade 6 and a low grade 7. Anything below this is a pass, or a failure, and this is gone over in thorough detail in the previous section.

If these grades are translated into the old system, we get the rough answer that a merit would be equivalent to a grade B. Although a grade 7 was mentioned above to potentially be a grade that is eligible to be a merit, this would have to be a low 7 for that to be possible, since a 7 is equivalent to an A which is directly reserved for the distinction category. A high grade 5 falls just below a B, and a grade 6 falls just above.

If you obtained a merit in an exam, then it is a definite fact that you passed the exam, since a merit is above a pass. Unless your school/ exam provider has explicitly specified that to pass you must get above a certain grade that does not match the ones mentioned in this article, then it is positive you succeeded in passing your exam. This applies to all subjects.

As mentioned in the prior section, if you do not agree with the statements above, then that is totally understandable, and expected! The thoughts provided above are not set in stone and are just meant to act as a guide for an inquisitive individual. They are just approximate, thought-out answers to questions that can have multiple varying responses.

What Grades are Equivalent to a Distinction?

In the Collins Dictionary, they define the word ‘distinction’ to mean: ‘A special award or honour that is given to someone because of their very high level of achievement.’, and this deduction means obtaining a distinction grade in any exam is a phenomenal feat! The grades that are needed to be obtained to be perceived as a distinction are: a 7, 8 and 9.

A grade 9 is the highest grade you can achieve in the modern system and was only achieved by 4.5% of the countries participants in the GCSE exams in 2018. In the UK, 20.8% received a distinction in their GCSE exams by obtaining a grade 7 or higher in 2018. Girls are more likely to achieve a 9, as in 2018 5.2% of girls achieved a grade 9, whereas only 3.8% of boys attained the highest marks. As hard as it may seem to achieve these astronomical grades, never give up hope and don’t let this put you down, as statistics are just numbers- it is up to you to defy them.

Now let’s translate this into the old grading system. As mentioned earlier on in the article, a grade 7 is broadly equivalent to an A. A grade 8 is slightly below an A*, whereas a grade 9 is above. This means that an A and A* are both considered a distinction grade.

If you achieve any of these grades in your exam, you will have undeniably passed them. Students who achieve these top grades are deserving of praise, because as mentioned earlier, it is an extraordinary  accomplishment! There are many advantages to achieving top grades– it will give you more priority when interviewing for a job, give you a higher possibility of going to your desired sixth form, college or university, wherever that may be.

These grades are also crucial in upping your chances of receiving a place in top universities in the UK such as Oxford and Cambridge. Gaining a distinction generally gives you an overall advantage in all aspects of your career as a student and worker, so it is definitely something worth aiming for and spending time on!

Hopefully you now have a clear picture of the equivalent grades to pass, merit, and distinction and are able to achieve your desired grades. Should you need any additional help we have lots of articles on our website for you to read.