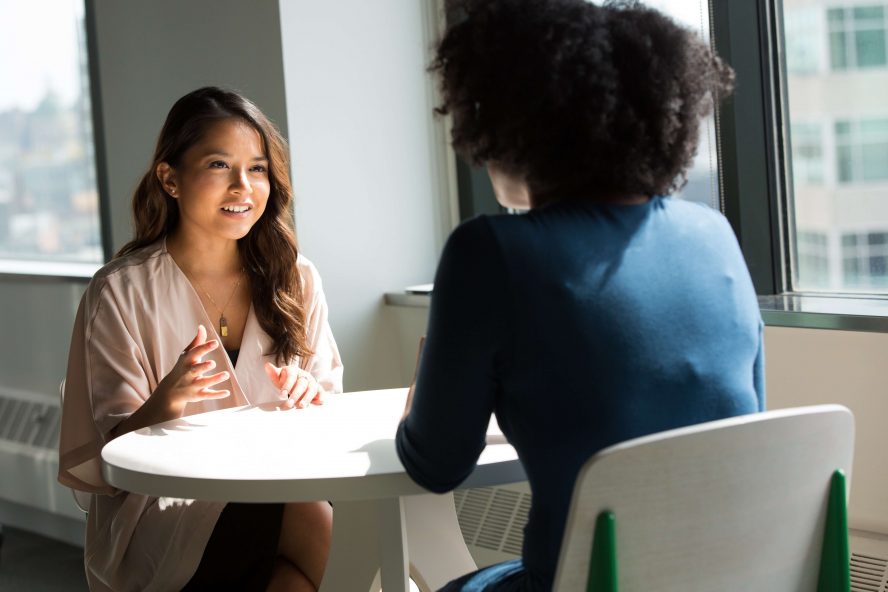 Further education in the UK is a complex system as there are so many options available to students post-16, two of which are BTECs and T-Levels. Although most students assume that A-Levels are the next step after finishing their GCSEs, there are so many more options available. Many of these suits a different kind of learner. This is why it’s so vitally important to research all the options before choosing a route to take.

T-Levels and BTECs are two of the possible options for students finishing their GCSEs and moving on to the next stage in their education. They are part of the Level 3 band of study, known as further education, alongside A-Levels, apprenticeships and other smaller qualifications. Each qualification has its own advantages and disadvantages, which are important to consider, especially as a student deciding on their path for further education.

By continuing to read, you can learn about these advantages and disadvantages, including the types of students each are better suited to.

What Aspects of T-Levels and BTECs are the Same?

Both BTECs and T-Levels are options post-16 for students bridging the gap between school and university. This means they can be taken in almost every sixth form college and a large proportion of schools across the country.

Both qualifications are part of the “further” bracket of education, meaning they are taken by students who have already finished secondary school, but have not yet reached higher university education. In the UK, this is students in Years 12 and 13, better known as the sixth form.

You can read a more detailed explanation of what further education is in this article.

This is also known as Level 3, which both qualifications fall under. BTECs come in several forms, ranging from Level 2 to Level 4, where Level 3 is the focus of this article. They can also be taken either as three separate subjects or as one diploma, known as the extended diploma, where just one subject area is studied for the equivalent of three A-Levels.

By taking these BTECs in three separate subjects, you can achieve what is equivalent to a T-Level, 3 A-Levels, an advanced apprenticeship, or an International Baccalaureate. Click here to see a full range of the qualifications available at each level.

As well as this, both courses take the same amount of time on average. Although there are several different types of BTEC available, the level 3 diploma takes a full two years. And the same time frame applies to all T-Levels.

What Are the Differences Between T-Levels and BTECs?

But of course, whilst there are similarities between the two, there are also many differences. T-Levels are much newer qualifications, as they were only introduced in September 2020 and there are still more subjects to be released yet. Click here to find out more about T-Levels.

Therefore, at the current time, there are far more BTECs, with over 2,000 subjects available to take, as opposed to T-Levels, of which there will be just over 20 by the end of 2023. You can click here to see a list of the subject sectors BTEC diplomas can be categorised into, or click here for a full list of the T-Level qualifications expected to be offered by 2023.

What Age Can BTECs and T-Levels Be Taken At?

One of the other major differences is in who the courses are offered to. Although both qualifications are designed for students of sixth form age, ranging from 16-19, the government puts provisions in place for adult education too.

Many BTECs can be taken for free at any age, including adults returning to education to collect the qualifications they hadn’t previously earned. A list of these free courses, including other non-BTEC ones, can be found in this article.

However, as T-Levels are such a recent development, none of the subjects are currently available for students over the age of 18. Regardless, the government hopes to put a plan in place offering T-Level courses to adult learners for free in the near future.

Seeing as the age T-Levels or BTECs are taken at will affect when you go to university, this article will be useful for anyone planning out how many years they will need in education.

How Many UCAS Points Can Be Earnt Through BTECs and T-Levels?

Looking at the variation between the UCAS points earned in each of these qualifications can be a little bit more complex. Seeing as students usually have to take three BTECs, which have the potential to be mixed and matched with other A-Level subjects, there is huge variation in the number of points awarded.

It can also become confusing as the number of UCAS points earned is based on the grades received. The simplest grading system is the T-Level one, as there is just one simple grade awarded. For a distinction* at the top end, you can earn the maximum 168 UCAS points, the same as what three A*s at A-Level or BTEC will earn.

Check out the UCAS website here for a breakdown of how UCAS points are allocated for BTECs and T-Levels.

Are BTECs Worth Taking?

BTECs are excellent qualifications taken by around 250,000 students per year, totalling more than the number who take A-Levels. So, you can see that they’re popular qualifications. But as with all courses, the BTEC has both its advantages and its disadvantages.

What are the Advantages to Taking BTECs?

BTECs are perfect for people who have a rough idea of where they want to take their lives in terms of career and prefer to complete projects and written essays for coursework. One advantage of BTECs is there are very few, if any, formal exams (although this depends on the subject you take, so it’s always important to do your research beforehand). For students who prefer to work without time pressure or exam conditions, BTECs are perfect.

Another of the pros is that these courses are designed to give you information for real-world application, rather than being solely focussed on academics. People with this applicable knowledge can be very desirable to some universities, particularly if you’re applying to a practically based course.

This article will explain the ins and outs of whether universities accept BTECs, and which schools and courses are most likely to accept you with BTECs. Currently, 95% of universities accept students holding Level 3 BTECs, even including Russell Group universities such as Oxford, on the condition that you also hold an A-Level or two in core subjects.

The other important advantage to taking BTECs is that with coursework, you have the ability to resubmit a project after the first draft has been marked, allowing you to achieve the highest grade possible. Whereas with an exam, once it has been handed in, you have no ability to change your answers.

For more information regarding the BTEC grading system, click here.

What are the Disadvantages to Taking BTECs?

Whilst there are many elements of BTECs which make them appealing to students, there are some pitfalls to consider. Firstly, it’s important to note that, whilst most universities will happily accept students holding BTECs, it’s often a good idea to take at least one A-Level alongside this to create what universities would call a more “competitive” application.

In other words, when a large proportion of other students applying hold A-Levels, you can maximise your chances of being accepted by taking a mixture of qualifications.

Another of the difficulties in BTECs is that they’re generally quite focussed. What this means is that, where A-Level courses usually cover lots of different sub-topics and give a broad overview of the subject, BTECs are much more specific, which is why they’re able to give such useful real-world insights. However, this does have the potential to limit your options after finishing school or college.

Are T-Levels Worth Taking?

T-Levels are very similar qualifications to BTECs, and so lots of the pros and cons are similar. However, T-Levels have both advantages and equally disadvantages when compared to BTECs and will be suited to a different type of student.

What are the Advantages of Taking T-Levels?

One of the biggest advantages to T-Levels is that there are only around 20 different subject areas to take them in. Although this might seem like a bad thing, it massively benefits students who find the process of choosing a course confusing. Seeing as there are thousands of BTECs to choose from, it can become difficult to find exactly the right course for you.

With the simplified T-Level system, you can choose a course in your preferred subject area, meaning that the decision-making process becomes much easier. On top of this, it solves the problem found by many students who have less of an idea as to what they will be doing after leaving school, as each course is much broader than a BTEC.

The nature of T-Levels is that they involve both the informational side of learning as with BTECs, but also bridge the gap between this and an apprenticeship. As part of the qualification, it is mandatory to complete a 45-day work placement with an employer in the industry relating to your subject area.

This placement is a brilliant way to gain work experience in the field and gives students an idea of what jobs in the sector are like and whether they would be willing to complete certain roles as part of jobs they may be considering applying for.

What are the Disadvantages of Taking T-Levels?

One of the major differences between T-Levels and BTECs is that one is coursework-based and the other involves a little bit of everything. Alongside the placement, the employer will also set a project for students to complete as part of the T-Level, in the same way that coursework is completed for a BTEC.

The informational side of the T-Level course is also assessed as part of two written exams. So, for students who are looking to avoid the pressures of exams whilst taking their Level 3 qualifications, T-Levels may not be the right route for them to follow.

The specification for one of the most popular T-Level courses currently available, Digital Production, Design and Development, can be found if you click here.

As T-Levels are so new to the educational market, their other disadvantage is that they aren’t as tried and tested as other courses such as BTECs. A-Level and BTEC students have the ability to find either past exam papers or exemplar pieces of coursework to use as templates and inspiration for their essays.

But seeing as T-Levels only came into play two years ago (2020), this will be the first exam year for students who took the Level 3 course full time. Not only are there limited resources available to aid students in their studies, but the difficulty of the exam papers will not yet have been discovered.

As it stands currently, both BTECs and T-Levels are offered in the UK. However, the UK government has taken the decision to scrap most BTEC qualifications, and in particular, those overlapping with subjects available for A-Level and T-Level.

The introduction of T-Levels was an effort to replace the BTECs being scrapped, as the plan was to simplify the process of choosing a path post-16, which has been an issue for a number of students in the past.

The DfE has set a plan into motion where the majority of BTECs will be phased out whilst new T-Level subjects are introduced each year. By September 2024, these courses will have been fully integrated and available to all students in further education in the UK.

For students currently taking BTECs, there have been provisions made allowing them to complete their education fully for free under government funding. And the qualifications are not being completely removed either. Several courses will still be available in the near future but are at risk of losing their public funding should the introduction of T-Levels be successful.

In this article, you will receive a complete overview of how the government plans to reform Level 3 education and both the benefits and reservations of this.