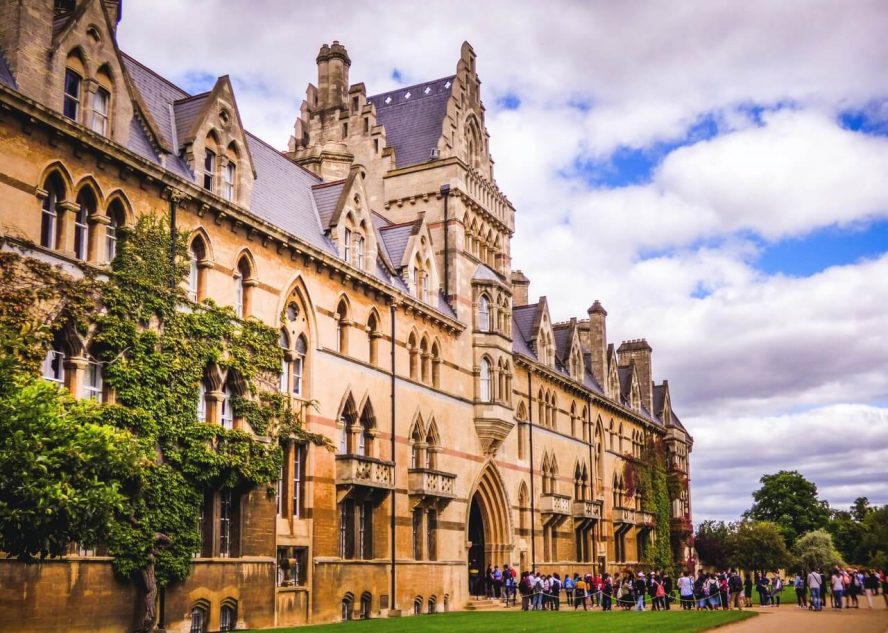 A simplistic way to look at your chances of receiving an offer from either one of the two Oxbridge Universities is to take a look at the admissions statistics.

Ignoring admissions statistics and making a long answer short: getting into Oxbridge is very challenging by design. You are expected to take admissions examinations for the majority of subject applications and unlike most Russell Group applications, you will be expected to attend a minimum of a single interview (either online or face to face).

Trying to work out how hard it is to get into Oxbridge will never end in an explicit and certain answer. Both universities have different admissions processes that will suit applicant’s unique styles in different ways. One student may find interviews easy but admissions tests challenging and another student may find the opposite to be true. We encourage you to read the remainder of this article as it will provide you with significantly more in-depth answer to the question of how hard it is to get into either the University of Oxford or Cambridge.

How Hard is it to Get into Oxbridge Compared to Other Russell Group Universities?

As seen above, the acceptance rates, also known as the “offer rates”, for Oxford and Cambridge are 16.9% and 24.2% respectively (measured from the 2019 UCAS cycle). If we were being crude with our statistics, we could say than a rough average of one fifth of applicants will receive an offer from an Oxbridge University.

However, when attempting to compare this figure to the collective of universities known to belong in the “Russell Group”, things get complicated. The reason for this is that the Russell Group consists of many different Universities across the United Kingdom. Therefore, there is no single acceptance or offer figure we can use to directly compare. That said, we have programmatically and randomly selected five Russell Group Universities and shown their respective acceptance rates below.

** More information can be found here, regarding University acceptance rates. The data above is in relation to the 2019 UCAS admissions cycle.

From the table above, we can see that the average acceptance rate for the five Russell Group Universities randomly selected is 80.8%. This is 60.2 points higher than the average Oxbridge acceptance rate of 20.6%. In summary, what the data above shows is that although Russell Group Universities do represent the top-band of educational institutions in the UK, they are still significantly more open to offer applicants places than both the University of Cambridge and the University of Oxford.

In case there is any confusion on what is considered to be a Russell Group University, here is the definition by the group themselves: “Russell Group universities are globally renowned for their contribution to research, nurturing innovation, creating jobs, stimulating economic growth and changing lives for the better across the UK and around the world.”

This definition is rather broad and perhaps not given in the correct context, therefore it will most likely be far simpler for you to view the full list of Russell Group Universities here, should you wish to find out more.

Do More Public or Private School Students Apply to Oxbridge?

When looking for bias in relation to the admissions difficulty felt towards State and Private School students, it is important to not look at just the offer holding rates, you must also examine the application rates. Of the 12,524 home applications made to the University of Cambridge in 2019, 26.3% of applications were made by students who had previously attended independent schools. As for the University of Oxford, of their 13,317 home applications, 33.1% were made by students who had attended independent schools.

What does this all mean? Well, the data may suggest that the problem is not necessarily with either Oxford or Cambridge pushing forward a bias towards privately educated students throughout their admission process. Instead, a failure from grass root level state Secondary Schools and Sixth Form Colleges to encourage their students to apply to the top band universities may be to blame. After all, if 29.8% of the 25,841 Oxbridge home applications were from private school students, is it really that unfair that 31.4% of Oxbridge offer holders were privately educated?

Assuming the proportion of Oxbridge applications that come from private school students remains constant, Oxbridge offer holders should be expected to consist of around 29.8% independent school students, due to them theoretically having an equal chance of receiving a place when compared to a state school student at the same level.

Below is a table that summarises the key statistics mentioned in this section.

Sources for the data displayed in the above table can be found below:

Do Cambridge and Oxford Disadvantage Public School Students During the Admission Process?

From the statistics presented in the table above, we can see that the Oxbridge admissions process is actually quite balanced when you consider at the output (i.e., the results) of the applications. Offers are distributed in proportion with the percentage of state and private students who have applied.

The problem is not with the Oxbridge admissions process, it is with state school students thinking that they are not good enough to apply to Oxbridge. State schools need to try much harder to push students to go for Oxbridge applications.

If you take one thing from this article, it is that you need to pay less attention to Oxbridge stereotypes that come from either institutions, fellow students or your teachers – apply if you feel you have what it takes, and let the admissions process decide.  After all, you have a 0% chance of getting in if you don’t apply!

What Impact Does Gender Have on How Hard it is to Get into Either Oxford or Cambridge?

We have discussed that you should not let whether you go to a private school or not determine whether you should apply for Oxford or Cambridge. However, does whether you are a Male or Female have any bearing on your chances of getting into Oxbridge?

If we look at the male-female proportions of offer holders in comparison to the application proportions, it will aid us in determining whether there is bias towards a particular gender. 46.3% of Oxbridge offer holders were male, whereas 53.7% were female. These statistics are unfortunately out of proportion with applications statistics and therefore we will go to the next stage in assessing bias by looking at the difference between acceptance rates between the genders.

The table below displays all key statistics that have been calculated throughout this section.

Sources for the data displayed in the above table can be found below:

As shown in the above table, the acceptance rate for females is actually 3.7 percentage points higher. We aren’t exactly sure why this is, however, the margin is certainly not great enough to deter someone of a male gender from applying.

What Impact Does Ethnicity Have on How Hard it is to Get into Either Oxford or Cambridge?

According to the information provided in the University of Oxford Admissions Statistics for the 2019 UCAS Cycle, in the UK, white students make up 81.7% of the population aged between 19-26. This means that the remaining 18.7% are from BME groups.

In 2019, 22.1% of Oxford University students were from BME backgrounds. Although this is slightly lower than the average across all universities in the UK (which have a proportion of 26.2% BME students), it is actually a greater number than across all Russell Group Universities, where the BME percentage of students is 18.2% – almost exactly proportional to the population!

The statistics provided here show a marginal variation from the percentage of BME members of the population aged 19-26, and would be variable by year. Overall, they suggest that ethnicity has very little impact on the outcome of your application to the University of Oxford, and if there is any impact at all, it is currently a positive one.

At the University of Cambridge, 27.7% of the accepted students in 2019 were BME students. Their overall success rate was 21.05%, compared to the success rate of white students of 23.4%. Again, this shows very little variation in terms of success of applicants based on their ethnicity.

This information can be found in the University of Cambridge Admissions Statistics for the 2019 UCAS Cycle, if you would like to have a look for yourself.

Is it Harder to Get into Oxford or Cambridge?

It is very difficult to compare how difficult it is to get into the Universities of Oxford and Cambridge, because there are so many factors that would need to be taken into account.

If you only take into account the general acceptance rates (for 2019), it appears that it is easier to get into Cambridge, as their acceptance rate across all colleges was 21.92%, whereas Oxford only admitted 14.25% of their total applicants.

Despite the fact that it appears to be easier to get into Cambridge according to acceptance rates, other factors must also be considered. For example, the number of applications to each University are quite different. In 2019, there were 11,765 applications to Cambridge colleges, while a massive 23,020 students applied to Oxford University. This could explain why their acceptance rates appear to be so different.

Additionally, admissions processes will vary slightly between the 2 Universities, and so it is important to consider that students have different strengths that they are able to showcase in different ways. For example, if one course at Cambridge put more weight on admissions tests in their admissions process than a the same course at Oxford does, students who are better at showcasing their skills in interview may find it more difficult to get on to the course at Cambridge than they would at Oxford.

The difficulty of an application to an Oxbridge University is completely subjective, depending on the course which you would like to take, as well as the skills that you have, and how you are best able to present these to the University admissions staff.

Therefore, there is not a definitive answer to give here. With so many factors to consider, it is almost impossible to make a judgement that would answer this question. However, If your application meets the high Oxbridge standards, the actual University that you apply to should not have very much impact on your chance of success.

The information discussed in this section of the article can be found in the sources below.

Additional analysis of sources like these may allow you to come to your own judgement about which University it is harder to get in to!