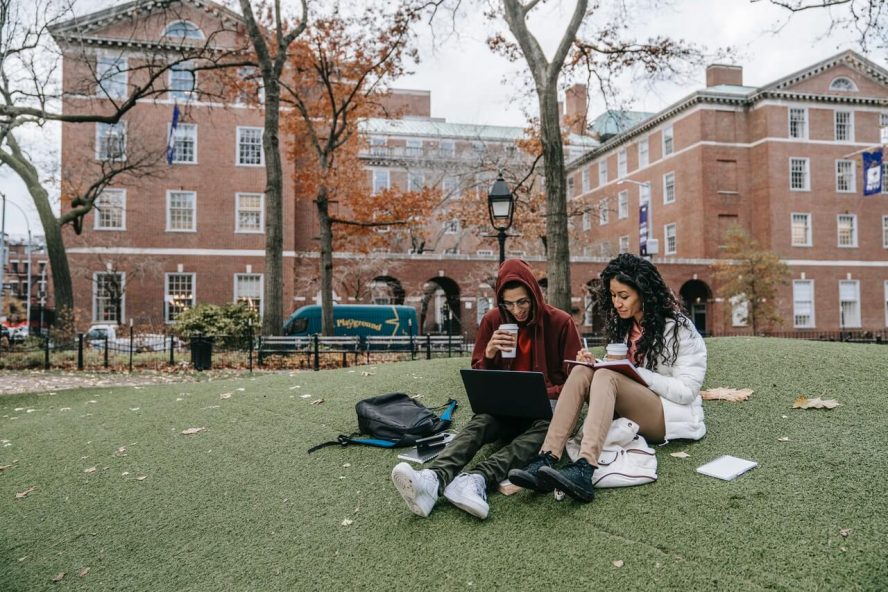 Most university degrees last 3-4 years but does that mean you’re in university consistently during this period? Of course not! University would be even more intense than it already is. Although, it has been said that the majority of children, up until they are the school leaving age of 16, would have spent most of their life in school. In the same vein, if you remain in full-time education after 16 and then go on to university, you would have spent a large proportion of your life, as well as your time and energy in education. This isn’t something to be scared of as university prepares you for the working world, and in particular helps in the development of personal time management. Even though you are given a set timetable at university, the organisation of university semesters provides a lot of freedom in how you delegate your time.

On average there are 3 semesters in a university year, each semester usually lasting 12 weeks. Below I have listed the most common semester dates:

These dates can vary depending on the University that you go to, but these are the averages for University semesters.

For more information on what a university semester is and what it entails, please continue reading this article.

What is a University Semester and How Long are they in the UK?

A university semester, also called a ‘term’ in some universities, is used to split the academic year to separate different blocks of teaching and assessments. On average each semester lasts 12 weeks and consists of a mixture of lectures, tutorials, assessments and holidays.

The semesters will remain the same throughout your university degree and may differ slightly with different degrees. The semester dates may also differ if you’re doing a postgraduate degree, in comparison to an undergraduate degree, whereby their semesters tend to be longer and they don’t have as many holidays.

How Many University Semesters are There in an Academic Year?

On average 3 semesters correlate with the seasons: autumn, winter and spring/summer. Autumn and spring usually consist of periods of teaching whereas winter and summer are when you will have exams.

There tend to be two separate blocks of teaching which results in having two separate timetables over the course of the academic year that will spread over the 3 semesters. For example, if you’re an undergraduate studying Biomedical Science you would be given a timetable at the start of semester 1 and another timetable at the start of semester 2, you could have the following modules:

At the end of semester 1 there is usually an exam period whereby you will be tested on everything taught in semester 1. After these exams you will be given a much–needed break to relax and wind down before the start of the next semester. Throughout semester 1 you may also have other assessments to complete including pieces of coursework or essays to write. This is why it’s so important to keep up to date with your lecture notes from the very beginning of the semester so that when it comes to exam season you would already be well prepared.

In semester 2 there is the introduction of new modules that spread over both semesters 2 and 3 as semester 3 is generally considered exam season and tends to be the shortest semester with the least amount of lectures. The end of semester 3 is when you will be tested once again but on everything from semester 2 and 3.

The end of semester 3 is when the summer holidays begin!

Are University Semester Dates Different Depending on Which University You Go to?

Most universities generally start around the same time, in a period between late September and early October and typically ends in June.  You may want to read When Do Universities Start? for some more information on start dates for University. However, the way the semester is divided in the academic year differs between universities with some only having two semesters and classify semester 3 as the summer holiday instead of it being classified as the exam season.

Below is a table of the semester dates of 5 universities for the academic year 2020/21 with the average semester length for each university and an average length of each semester for the 5 different universities:

What Happens in Between Semesters?

Most universities have a period of 3-4 weeks in between each semester (the semesters are not consecutive) which correlate to the formal holiday’s Christmas, Easter and the summer holiday, respectively. During this period, most students return to their home address to spend time with family and friends, as well as continue their revision for any upcoming exams.

Most (if not all) universities have ‘reading week’ which is typically towards the end of semester 1 and 2 or in the middle of the semester depending on the university you go to. Reading week may be seen as a holiday to some as there are usually no lectures, however, the point of this week is to provide a ‘breather’ within the university timetable to allow time to catch up with any work, chase up a lecturer if you need help, read ahead for the upcoming semester or just rest.

Do Russell Group Universities Have Longer or Shorter Semesters?

Russell Group universities tend to have shorter semesters of 9 weeks compared to the average semester length of 12 weeks but that doesn’t mean you will spend less time in university and you will have less work to do! All universities ensure the workload given is fair and evenly distributed regardless of your degree and the university you choose to go to, although Russell Group Universities do carry a level of prestige and expect work to be to a high standard.

Remember, as with other universities, these vary based on where you are studying.

Do Oxbridge Universities Have Longer or Shorter Semesters?