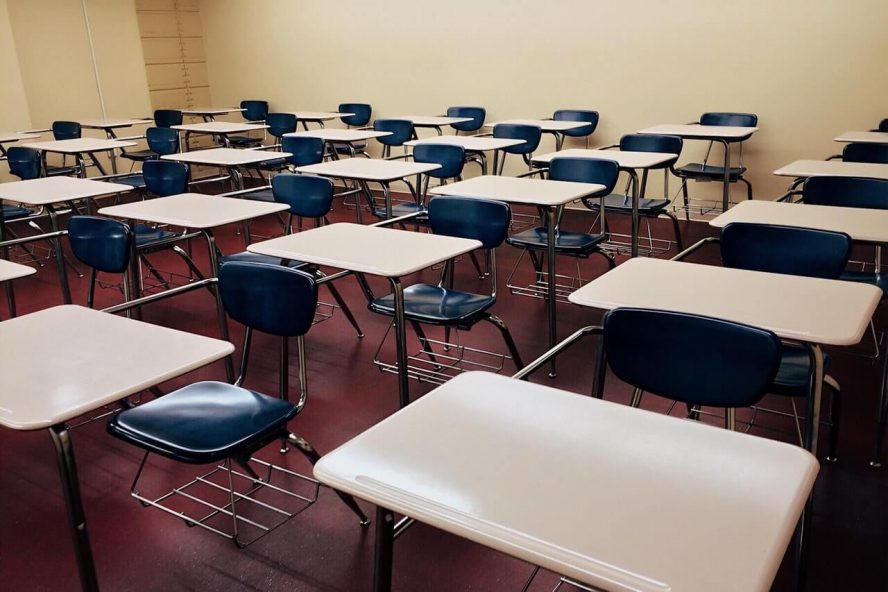 Remember SATs? This was the tests a lot of people took when they were in Primary School. They are quite an important test as it will decide whether your secondary school will accept you. Private schools are independent schools, not ran by the government. As a result, this will beg the question, do Private Schools have to complete SATs?

Private schools do not have to complete SATs. Although it is a legal requirement for primary pupils at state schools to take SAT exams before leaving, this doesn’t apply to independent schools. Despite this, about 20% of independent schools still choose to do SATs. However, most choose a different form of examination for their Year 6 pupils.

For more information about which schools do SATs in the UK, as well as the reasons private schools tend to avoid them, keep reading.

Do private school students have to sit SATs?

Generally speaking, private schools do not tend to offer SAT exams for Year 6 pupils where all public schools do. Legally, they are in no way obligated to enforce the tests, and most private institutions take advantage of this freedom. However, for some independent schools, it is simply more effective for their students to take SATs, and so they still run the exams.

Why don’t private schools have to do SATs?

Due to the structure of the education system in the UK, private schools do not have to follow the national curriculum. This is the subject matter that all state schools teach to pupils up to Year 9 age. Only publicly run schools, which includes both state schools and some academies, are legally required to teach this curriculum.

For this reason, independent schools can therefore choose what they will teach. Because this content may not always line up exactly with what is taught for SATs, the pupils do not have to take the exams.

However, the point of SATs is essentially to check up on the learning of children reaching end of primary school. They are the government’s way of easily checking the progress of school children in the UK without having lots of costly inspections. For more information about the point of taking SATs, check out this article by the BBC.

Since private schools do not take SATs, the government therefore must inspect these institutions more often. This is to make sure primary age pupils are making the expected progress in fundamentals such as reading and writing.

Do any private schools do SATs?

Around 20% of private schools in the UK are still on the SAT program according to this article from The Telegraph. Although they do not technically have to follow the national curriculum, these private institutions may still believe it supplies adequate preparation for secondary education.

You’ll generally find that lots of independent schools opt to teach the national curriculum. This is because it contains content which leads nicely onto the content of GCSEs. However, many of these schools then opt out of the SATs program. Whilst the curriculum is beneficial to students, most educators believe that the exams themselves hold no added value.

The only exception to this comes if you are a parent planning on removing your child from the private system for secondary education. In this situation, it may be a good idea to sit the SAT exams so that the process of applying to schools in your catchment area is made easier.

Sometimes, these schools will decide which students to accept first based on SAT scores. If you are in this situation, then finding a private school which runs SAT exams may be the right choice for you. Click here to see eight more tips on how to secure your first-choice secondary school.

What do private schools do instead of SATs?

The SAT exams in the UK have two main purposes, the first of which is to test individual students on their abilities in English and Maths. However, the tests also allow the government to track the quality of teaching in primary schools across the UK.

To address the first of these points, most private schools will run end of year exams for each year group, as mentioned before. However, these will test all subjects studied across a singular academic year and as they are internal exams, tend to put much less pressure on the pupils.

All schools across the country are inspected occasionally, to check progress. There are 2 main organisations which monitor private schools. This is run by Ofsted in state schools and the ISI in independent schools. However, to allow the government to check the progress of students of all age groups, these inspections tend to happen more regularly in private schools. For more information about Ofsted and ISI, check out their respective website here and here.

Why are SATs unpopular amongst private schools?

There are several reasons factoring into the high number of private schools disregarding the SAT exams. The first of these is most obviously their ability to teach a different curriculum. Private schools are allowed to effectively teach whatever they want within reason.

Usually, they will take this advantage and cover uncommon topics which can boost the wider knowledge and understanding of pupils. Some of these may include subjects such as languages including Latin. As well as subjects expanding their critical thinking like Philosophy and Ethics at a basic level.

Another of the reasons private schools tend to skip SAT exams is that they will often set entrance exams into Year 7 anyway. Depending on the structure of the school, these tests may either be in Year 6 or Year 8 to test students’ ability to cope with the senior school. For more information about private school entrance exams, check out this article by Which School Advisor.

Many schools also choose to set end of year exams for Year 6 pupils anyway to test their learning and progress. As these are two big events for the pupils, it would be both unnecessary and unfair on such young pupils to add SATs on top of this.

Alongside all the other valid reasons given, most private schools don’t like the structure of SAT exams. One of the many claims is that the structure of the tests generally leads teachers to focus on explaining exam technique rather than the content itself.

Knowing how to read, understand and answer exam questions is obviously a valuable life skill. However, for Year 6 pupils, most of their energy should be put into engaging with interesting and educational topics about the world around them. Private schools strongly believe that they shouldn’t be bogged down by playing the exam game at such an early age.

The other criticism is that SATs do not test for a wide variety of topics. The focus of the exams is on English and Maths. Whilst these are important subjects, pupils who are better at sciences, humanities and arts are disadvantaged.

Effectively, these children are told they’re not as clever because they’re skillsets lie elsewhere. This can be so horrendously damaging for the confidence and self-esteem of children in this age group. This is another reason private schools tend to avoid SAT exams.

In the simplest terms possible, Standard Assessment Tests (SATs) are tests held each year for Year 6 pupils in state schools across the UK. Standing for the Standardised Assessment Tests, the SATs check the progress of primary children in the core subjects.

SATs are structured into six different papers, testing spelling, punctuation and grammar, reading and maths. These papers are spread out over the course of a week and take a total of just under 4 hours to complete.

In terms of scoring, there is no definitive pass or fail mark for SAT exams as the point is to test progress. Children are given an overall standardised mark between 80 and 120, with 100 being the average mark in the UK. This is used as the threshold by which pupils can be judged as either above or below average for a child of their age.

Can students fail their SATs?

In many parents and students mind, not reaching the expected level is failing SATs. The government have not given an official passing or failing grade. They have only given advice on the working-at level, as having a score of greater than 100.

The government also say that SATs are not about whether the student has passed or not, but instead shows the level in which the student is working at and predicted to get in the future. If a student does get low on the SAT, there is no direct consequence of this. This will reflect worse on the school, as the government will see this and hold them accountable.

Some secondary schools may reject the student due to a low score on the SATs, however this is not a big worry if you are going to a normal school. SATs also do not need to be retaken if they are completed badly.