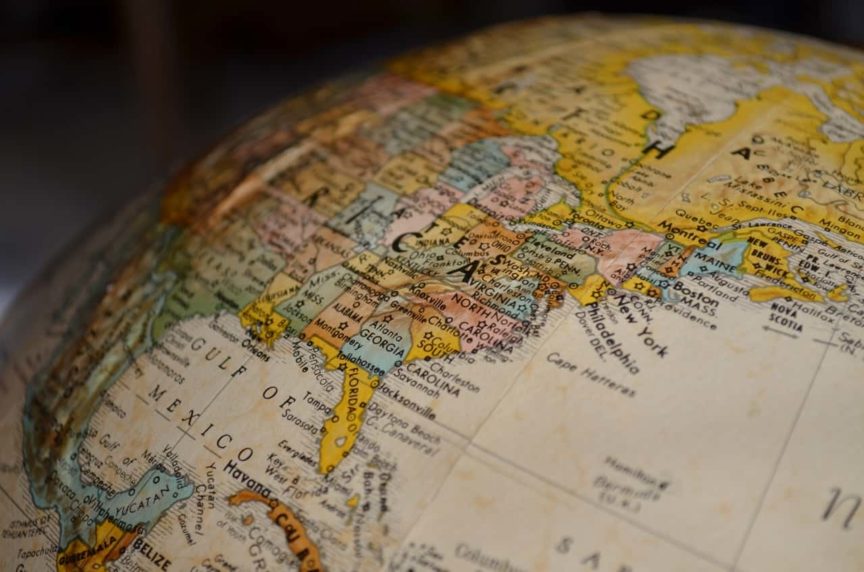 In this article, we will list some A-Level Geography NEA ideas that hopefully will inspire you for when you come to do your independent investigation.

Disclaimer: These ideas are just for inspiration and shouldn’t be used in your independent investigation directly, as doing this may be grounds for student malpractice.

Trying to think up an independent investigation idea can be really tough for your Geography A-Level. However, trying to come up with a title that will actually set you up to achieve top marks is even tougher.

That said, the A-Level Geography exam boards have put together some general criteria that NEA titles should follow, in order to be considered appropriate. Some of this criteria is listed below:

To learn more about what makes up a good title and what teachers look for in A-Level Geography independent investigations, check out this AQA resource that is packed full of useful information.

1. To what extent has the growth of the Indian population affected the distribution of water within the country?

Although the concept of this idea is really fascinating, if used in an independent investigation, you would need to think about how to narrow down the area in which you would conduct your study. For example, you could research a particular town or city within India and talk about direct and localised impacts of population growth over time. Your eventual title would need to reflect the changes aforementioned.

Some resources that you may find useful for background research are:

2. What environmental damage was caused by the construction of the Three Gorges Dam in the Hubei Province to the surrounding area?

This independent investigation idea relates to section 3.2.5.3 of the AQA A-Level Geography specification and relates to the topic “Water Security”. With an installed capacity of 22,500MW, the Three Gorges Dam is estimated to take 17 years to complete construction. However, with the damn having a length of 2,335m, it has had adverse effects on the surrounding area.

During an independent investigation, you could discuss how a particular costal town, village or city was affected by the dam’s construction. On the other hand, you could also discuss how non-human wildlife populations were affected downstream and upstream.

One article that you may want to look at for some background information about the dam can be found in the links below:

3. How has the composition of globally required ores changed with the rise of the modern electronics?

This A-Level Geography idea relates to section 3.2.5.5 of the Geography AQA specification titled “Mineral Security”. Currently, the idea is very broad; something that would need to change if it was implemented into a real project. If you isolated the concept by way of choosing one ore, one market and one mining location, it could become significantly more plausible for NEA implementation.

Without Earth’s naturally occurring ores, the growth of the human civilisation would arguably not have happened. The refinement of ores has led to humanity being able to create more and more sophisticated tools throughout the centuries. However, how we use ores and which ones we use has definitely changed over time. Most notably, with the rise of modern electronics, ores such as Nickel, Cobalt and Copper have become more and more essential to our way of life.

Some resources that you may find helpful are:

4. To what extent does the quality of life vary between people living in London and elsewhere in the United Kingdom?

London is commonly referred to as the economic powerhouse of the United Kingdom, with it contributing 487.15 billion GBP to the national GDP in 2018 – higher than any other region in the UK. With all this economic power, it would make for a really interesting investigation to explore how the quality of life varies between people who live in London compared to the rest of the UK. After all, does a high GDP necessarily indicate a high quality of living?

This idea relates to section 3.2.2.2.1 in the AQA A-Level Geography syllabus titled “Changing Places”. A big part of this idea will be trying to identify the factors that make up the term “quality of life”. The term is subjective and that will create a problem when trying to make qualitative comparisons between geographic locations. For example, having lots of money could be enough for one person to consider themselves happy and fulfilled, whereas for another, it could be a high standard of education that makes them happy.

Some resources that you may find interesting are:

5. To what extent are the costal management systems on the Dutch coastline effective at tackling erosion?

The Netherlands has a recorded coastline length of 450km. This huge coastline has caused weathering problems for the country for many years. Due to this, the country has implemented many systems to minimalize coastal erosion. The systems implemented vary from peat swamps to actual physical barriers.

This idea explores the influences of geomorphic processes along a coastline and also explores how coastal landscapes are actively managed by organisations and countries (discussed on AQA specification). This idea could go down various different routes, however, one such route might be exploring the history of how costal defence strategies have changed over time and whether or not they are becoming more or less effective.

Some resources that you may find useful include:

6. To what extent is the process of urbanisation impacting poverty in Kampala?

Urbanisation is a massive topic within the A-Level Geography specification, so making an independent investigation surrounding the process has to be a great idea right? Well, the student who submitted this idea certainly thinks so and we can’t find a reason to disagree.

Poverty in Africa is often stereotyped and not treated fairly in the media. This leads to discrete poverty sometimes being completely disregarded. However, African cities are some of the fastest growing areas in the world and alongside that comes lots of benefits and drawbacks. This idea can lead to many sub-questions that are really interesting, some of which are listed below:

Some of the above sub-questions may be entire NEAs by themselves so take them with a pinch of salt. These ideas are just for inspiration and with the best of luck, they will spark an idea of your own.

Some resources that you may find useful include:

Not helpful at all m8