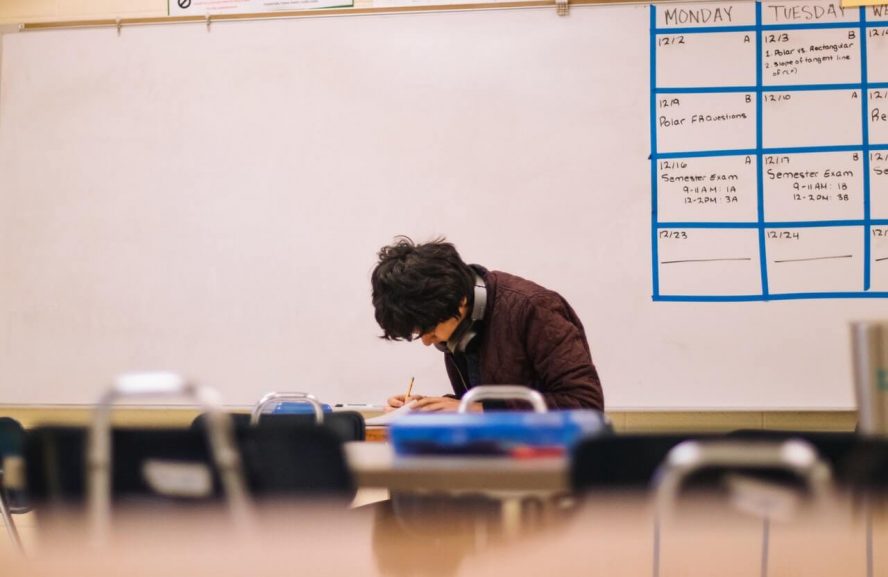 A-Level courses are a natural progression after GCSEs for many students. Most students will be between the age of 16-18 feeling like an adult, but you just aren’t quite there yet. So, what are A-Levels and what year are they taken?

Most students take their A-Level exams in the summer of Year 13 during May and June. They are studied over the span of two years from the ages of 16 to 18. Most courses are split up into separate Year 12 and Year 13 content. Majority of students take 3 A-Levels. You are graded A*- E to qualify for a pass.

This article will provide an insight to A-Levels and AS-Levels and will aim to explain in simple terms what they are and when you take them.

When Do You Sit Your A-Levels Exams?

A-Level stands for Advanced Level and students usually choose the subjects that interest them most and that they would like to pursue in the future. Although you may be thinking that A-Levels will be easier because of the significant reduction of subjects compared to GCSE, the content can be challenging as the step up is pretty big.

Furthermore, many A-Level courses are usually split up into topics, for example A-Level economics is split up into microeconomics and macroeconomics. So, although you may be studying 3 subjects it often feels like 6 due to the heavy workload and content that is covered.

Can You Take Your A-Levels Early?

Although most people take their A-Levels in year 12 and year 13, in some situations, usually regarding gifted students, AS-Levels in certain subjects can be offered in year 10 and year 11 from the ages of 14-16.

Adults who are over the age of 18 can also take their A-Levels. People often sit exams early in a language subject if they are fluent and confident enough to do so. Another common subject taken early is maths where the student may be gifted with high ability. For more information on when A-levels start and finish, check out this article.

How Long Does It Take to Complete an A-Level?

An AS-level is the first year studied of your full A-level. This is usually studied in year 12 in sixth form or college and AS-levels count as 40% of an A-Level.

In many schools the content covered in year 12 is AS-Level content and you may sit AS-level exams during your year 12 mocks. The main difference is the style of questions and the level of difficulty, because at that point you will not have covered the content from the whole two-year course.

Students usually study four subjects at AS-level in the first year of sixth form college. This leaves them scope to drop a subject and to choose what they really enjoy. This enables students to make informed choices about future careers and job opportunities. In some schools, students are able to achieve an AS-level in their dropped subject if they continue with it for the full year. They will then go on to study their remaining three subjects throughout Year 13 in their A2 year to achieve their full A-level in these subjects.

You may find this article interesting if you want to find out more about the differences between AS and A-level. below quite helpful.

Why Should You Choose to Study A-Levels?

If you consider yourself an academic person and think that going to university is going to be right for you, then taking A-levels could be very beneficial. Most higher education course require A-level qualifications. It is important to note you can also get into university studying other forms of further education. BTECs are another common route to university, click here to find out more.

If you are unsure of what you would like to do in the future, then studying A-levels is a good way to open doors as you gain knowledge in a variety of subjects. You can use this as a starting point for further study later on in life or in your career.