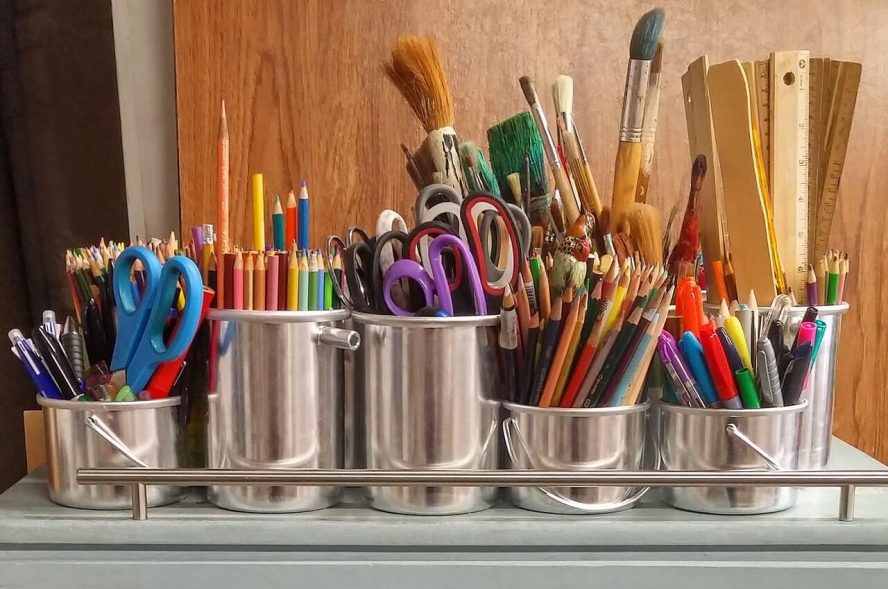 Primary school is compulsory early schooling for young children aged 4 to 13 years old, elsewhere known as junior school, elementary school, or grade school. It provides our youngest generation with the basic knowledge and skills required to continue into their high school education and allows them to find their interests without any pressure. However, the times at which the primary school day begins, and ends affect the child’s sleep, social life and even the life of their parents. Whether it’s a parent who may have an inflexible work schedule or one who has recently moved to the UK without previous knowledge of the schools, it’s very clear that these opening times are highly significant.

Most primary schools in the UK start between 08:30 and 08:50 in the morning and finish between 15:30 and 16:00 in the afternoon with the exception of Friday. On Fridays, the school day ends between 12:00 and 13:00, a few hours earlier than usual. These times allow for a healthy primary school schedule. To find out the exact starting and finishing time for a particular primary school, try visiting the website of the school. There are also early morning clubs and after school activities available out of school time for students.

Continue reading to find out more about the opening times of primary schools and other significant times in the UK as well as how these differ from other countries and how these may affect you.

Why Do Primary Schools Start Around 08:40?

08:40 may seem relatively early, but it prepares primary school children for high school life as well as encouraging time management. It is also important to the parents that drop them off that the starting time is not any later. It is not a coincidence that the opening times of primary schools coincide with the hours that adults generally spend on their way to or at work. If this time was moved later, it would disturb the work schedule of parents and mean they will be unable to drop off their child without being late to work.

However, this may seem relatively late to some, especially those new to the country. However, schools and the government decided that 08:40 was a good balance between allowing the children to get enough sleep but also ensuring their parent are available to drop them off and that they don’t go home too late.

Why Do Primary Schools End Around 15:30?

Ending school at 15:30 allows a primary school child to have the late afternoon and evening unoccupied. Young children are generally unable to concentrate for more than a couple hours, with breaks. It also means that they can establish a routine after school. Perhaps a few times a week in the afternoon the child will remain at school, socialising with friends under parent supervision or attending an activity of their choice under teacher supervision.

They will then have the evening free to spend time with family. Not ending school too late allows for increased family time since the child can make it home for a set dinner time. This generally improves the child’s relationship with their parents and siblings as well as their improving mental health.

After dinner, in the evening, the child may have some homework to complete or some free time to watch television before carrying out their night routine and going to sleep at an appropriate time.

Primary school children must get around 10 to 12 hours of sleep, in order to remain healthy and have enough energy for their day. Since schools start around 08:40, 08:00 is a generally appropriate time to wake up in the morning. This means children must have a bedtime around 21:00 in order to receive their full 11 hours. It is very important that a firm bedtime and evening routine is established. Not only is this very important for the child’s mental and physical health, but it also help them develop into a responsible and organised teenager and adult.

If they are not getting as much sleep as they require, children may be impacted in the following ways:

What Is the Daily Schedule of a Primary School Day?

When the pupils arrive at 8:40, they enter their classrooms with their learning equipment and the teacher takes registration. The teacher then begins the lessons they organise for all subjects at key stage 1 or 2. These are English, Maths, Science, History, Geography, Art and Design, Music, Physical Education and Languages.

There is then a morning break for 15 to 30 minutes starting around 10:30. For this time students are expected to bring in a small snack of their choice and milk is generally offered, if paid for or if the student is eligible. The lessons then continue until lunch time which generally lasts 1 hour and 15 or 30 minutes long. This begins around noon. During lunch time students can bring in a packed lunch or have the meal cooked at school. School meals are free until year 3, from which point parents have the option of paying for them or packing their child’s lunch every morning if their child is not eligible for free school meals.

The school day then ends at 3:30 when they are free to leave or attend an activity.

The schedule on Friday is similar however instead of going to lunch at 12:00, the school day ends at 12:30.

What Can a Primary Child Do at School Outside of School Hours?

In the morning, breakfast and homework clubs are available to children. These generally present the children with a few options for the first and most important meal of the day. Common options are different cereals with milk as well as bread that can be toasted with butter, jam, and other spreads available. They can either choose to eat with the others who have come in early or on their own in case they are busy with homework or want some quiet time in the mornings.

In the afternoon, there are generally a wide range of activities for students to join and try out – one of which may include after-school club. These clubs are also beneficial for the children as it allows them to develop new interests and skills as well as encouraging healthy socialising and encouraging routines. It will also provide them with a healthy break from studying.  Some common activities are arts and crafts, chess and other board game clubs, and sports clubs

What Time Does Primary School Finish in Other Countries?

Most countries have a school day that last between 6 and 7 hours. In the UK this is from before 09:00 until 15:30. However, this time varies internationally.

In France, the school day in some schools, begins around 8:30 and ends it 16:30, but pupils return home at lunch time for two hours before leaving for school again.

In Japan, the school day begins around 8:30 and ends around 16:30 but students generally also attend cram school in the evening for around 3 hours.

In South Korea, the school day is much longer than in most other countries. Children generally arrive at school and begin their study around 8:00 and continue their lessons until around 12:00, when they have a one–hour lunch break. They then continue school from 13:00 until 4:30 when they will be allowed to go home to eat dinner only to return to school or tutoring sessions in the evening until around 22:00.

What is the Starting Age of Primary Schools in the UK?

There may also be other differences between primary schools in the UK and in other countries. For example, the age at which children begin school. In the UK this is around 4-5 years old to ensure they begin receiving their education at an early stage to develop basic skills but also to ensure that they are old enough to cope with the restrictive timetable of school.

Read more about why the starting age for school is 4-5 years old here.

Countries where children begin school at a similar age to the UK are Switzerland, The Netherlands, Greece, and Australia.

What Uniform Do Primary Schools in the UK Have?

School uniform is another way early British education differs from other countries. A uniform common to the school of the pupil is present in almost all UK primary schools. However, generally there is one or a few pieces of compulsory uniform specific to the school while the other pieces of clothing may offer more choice. Pupils can pick and choose from – trousers, dresses, skirts, shorts, polo shirts, jumpers, cardigans, and many others.

The exceptions to this customisable uniform are independent schools which are generally stricter about uniform, with fewer options as they usually have exclusive blazers, ties, and skirts. However, in many other countries, uniform is not regarded as so important and pupils can wear more casual clothes to school.

Hungarian kids don’t start school at 3. They start pre-school (or kindergarten), where kids hang out with other kids, play all day, run around in the yard, draw etc for 2 years. Based on how they fare, teachers assess their visual, intellectual, social and motor skills, and decide whether they’re ready to start school, or stay for a 3rd year.