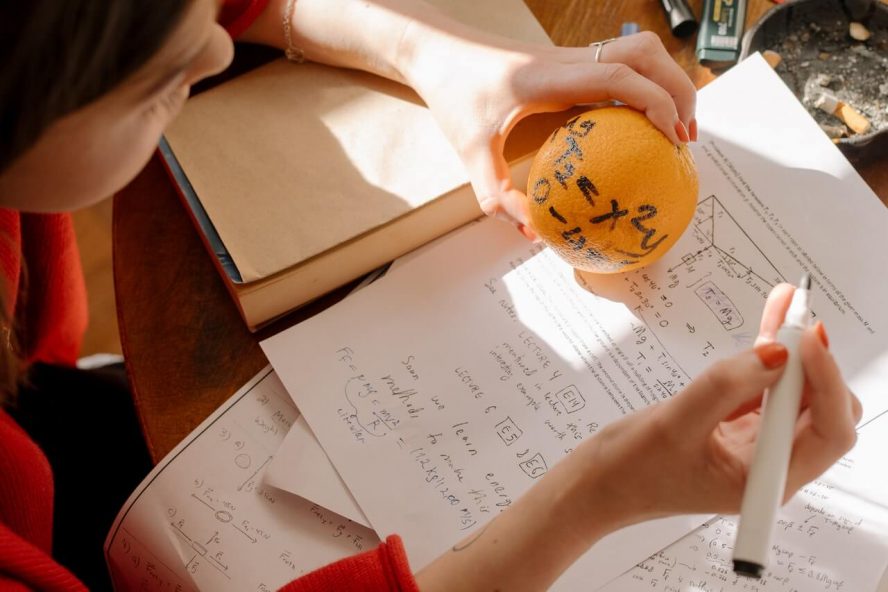 The topic of IGCSEs vs GCSEs tends to stir up many questions and concerns by students each year. By their names, it could be assumed that the two are very similar, but in fact, they are different in multiple ways. Queries such as which one is accepted by universities and sixth forms? Which one is easier? or which one offers better subjects? are questions that concern students. But how many similarities and differences are there actually between these two qualifications? And what’s the main difference?

In short, factors that make GCSEs and IGCSEs different are mainly: availability by location, exam boards, exam dates and course content. IGCSEs offer students abroad the chance to study UK qualifications. In the UK, only private schools are still able to offer the IGCSE. Whereas students from state schools are only allowed to study GCSEs.

I strongly recommend reading the full article to find out the main differences between GCSEs and IGCSEs.

GCSE stands for the General Certificate of Secondary Education. These are a set of qualifications that are taken by Year 11 students across the country each year.

Normally, around 8-12 subjects are taken, but the most common number of subjects taken is 9. These subjects are made up of both mandatory and optional subjects. The mandatory subjects are English language, English literature, Maths and Science. Students then pick from a range of subjects such as: Geography, History, Modern Foreign Languages, Music, Drama, Art, Design Technology, Triple Science, Further Maths and many more!

It’s worth noting that some schools also make a humanities subject and a modern foreign language compulsory.

Exams are held in May and June each year with resits in November of the same year. To read more about resits click this link. There are multiple exam boards that offer the GCSE qualification. The main ones in the UK are: AQA, Pearson Edexcel, OCR, CCEA and WJEC. If you want to read more about GCSEs here.

IGCSE stands for International General Certificate of Secondary Education. As the name suggests, they were designed for students abroad who also wanted to study the UK qualification.

IGCSEs do not include any coursework in the subjects. This is due to the fact that English isn’t usually the first language of the students taking the qualification.

The main exam board for IGCSEs is the Cambridge national board. This is where the IGCSE qualification was originally created. Which is also a big reason why it is accepted by Oxbridge (University of Oxford and University of Cambridge) and the Russel Group Universities.

There are lots of subjects available in the IGCSE. But there is a slight difference is in the modern foreign languages option. There is a much wider range of languages to choose from, such as Korean, Italian, Arabic, Malay, Swahili, and Urdu, that aren’t always available in the standard GCSE.

IGCSEs also offer different options as to how you take a language. These options include taking the language as a foreign language, first language or a second language. This option is not available in the GCSE qualification.

If pupils speak another language at home, and the language is available to take as a GCSE, they could also be able to take it in school, or privately, to have an extra GCSE. Even if students who are taking IGCSEs in the UK, and English is their first language, they still get the liberty of avoiding coursework.

IGCSEs are very useful because it allows students abroad to take UK qualifications. Allowing them to be able to study in a UK university. This avoids any hassle of trying to convert qualifications from their country into UK qualifications. If you want to read more about IGCSE’s click here.

What are the Differences Between GCSEs and IGCSEs?

Apart from the fact that GCSEs have coursework and IGCSEs don’t there are a few other changes in what students who are taking the IGCSE learn throughout the course.

An example of how the courses differ is for GCSE English Literature, students must study Shakespeare, however, in the IGCSE this is optional. Students abroad are allowed to study written work by someone more familiar to them in their country, offering a lot more flexibility to their studies. This simply gives them a better chance and doing well in their exams, as well as making learning and studying the texts easier.

Studying GCSEs could be seen as a disadvantage for students that have migrated from different countries into the UK and attend a state school. As they will have to study the GCSE with stricter rules, despite English not being their first language. In this situation having the option to study IGCSEs instead is very beneficial.

What Countries are GCSEs and IGCSEs Available in?

As the IGCSE is a qualification designed specifically for international students, it makes sense to look at the availability by country of the two to understand why so many students take IGCSEs.

The standard GCSE is only available in a handful of countries, primarily the UK, but also Canada, Australia, and India.

On the other hand, IGCSEs are available in over 120 countries. It offers opportunities for many students to be able to get these qualifications. The difference between the availability of the two is huge. It’s no surprise that there are lots and lots of students who take the IGCSE qualification.

Are IGCSEs Harder Than GCSEs?

The quick, honest answer is no. If any comparison were to be made, then you would find that in fact GCSEs are the harder qualification. However, this depends on who’s perspective you look from.

Take a look at international students first. They are taking the same qualifications as any other 16-year-olds in the UK. Just without coursework and some content changes to make it more suitable for the country they’re in. The difficulty ranking for them will be just as difficult as students in the UK studying GCSEs.

As I did not attend a private school, I can’t speak from any experience, so instead I will talk about this from a more general perspective. Let’s look at maths, for example. Both GCSE and IGCSE students will learn very similar content, with most likely only the smallest of variations. But the exams will be different. Not only do exams vary in difficulty each year for both the GCSE and IGCSE, but the actual papers will also be different, each year.

One year the GCSE exam could be ‘easy’ and the IGCSE could be harder, but the next year it could be the other way round.

Many people will have their own views about this, but it’s important to always look at it from both perspectives. Check out this article to read more on the two qualifications: IGCSEs vs GCSEs: Which is Harder and Why?

What are the Benefits of IGCSEs?

As I have mentioned already, the IGCSE is useful for international students who would like to study in the UK, specifically speaking about university. Some universities can be very strict about what qualifications you have studied therefore it is important to check before applying.

However, this tends to be more related to A-Levels. This is because they are the qualifications that actually get you into university whereas GCSEs are more of a qualification that support your application.

Either way, it means that students are less stressed when applying for university as they won’t need to try and calculate the equivalent UK grades from their grades achieved in their country.

Studying IGCSEs is very useful and beneficial qualification if students are planning to move to or from the UK in the duration of studying for their GCSEs or IGCSEs. If someone started studying the IGCSE in a different country, they could move to the UK at any point and continue studying without any problems. It would also be applicable the other way round. They would not be behind in their studies and won’t have to re-sit the year.

Are GCSEs and IGCSEs Equivalent Qualifications?

There has been a lot of debates around this and lots of people have their own opinions. In theory, yes, as mentioned before, the qualification is designed for international students, so it is just as difficult as for the students in the UK studying GCSEs.

This article talks about private school students taking the IGCSE, but it’s important to keep in mind that its referring to the old specification, and the new one is harder with higher grades. There is also this article that says that it’s not the fault of private schools for picking IGCSEs and going away from the traditional GCSE.

As you can probably tell, there are a wide range of views on this topic, but overall, universities now say that they will treat the two qualifications equally, no matter who they are sat by.

Do you think this is fair? Use the comment box below!

What Time of Year are GCSE and IGCSE Exams?

The traditional GCSEs are sat each year during the months of May and June. Speaking exams for modern foreign languages, however, tend to be held during late April, after the Easter half term. With French first then Spanish (which are the two most common languages taught).

Students then finish school around early or mid-June, depending on the date of their last exam that year. Results are then received in August; this tends to be the last Thursday of the month. If necessary, re-sits for English and maths are held the following November of that year.

IGCSE examination sessions occur twice a year, in June and November. Results are then issued in August and January.

As you can see, exams are held more often than GCSEs. This gives pupils more chances to get the grades they want and have more re-sits. It also allows students to get the ‘feel’ of being in the exam hall, with all the stress and pressure, but still being able to take the exam again in a few months.

The opportunity to take some subjects earlier is also an option, which means that once they have sat an exam or two in November. They can focus on the rest of the subjects that they will sit in June. This is a lot less stressful as there will be less exams to take in the main exam period.

Hopefully you will have found this article useful about finding out the differences between the GSCE and the IGCSE. Thank you for reading!