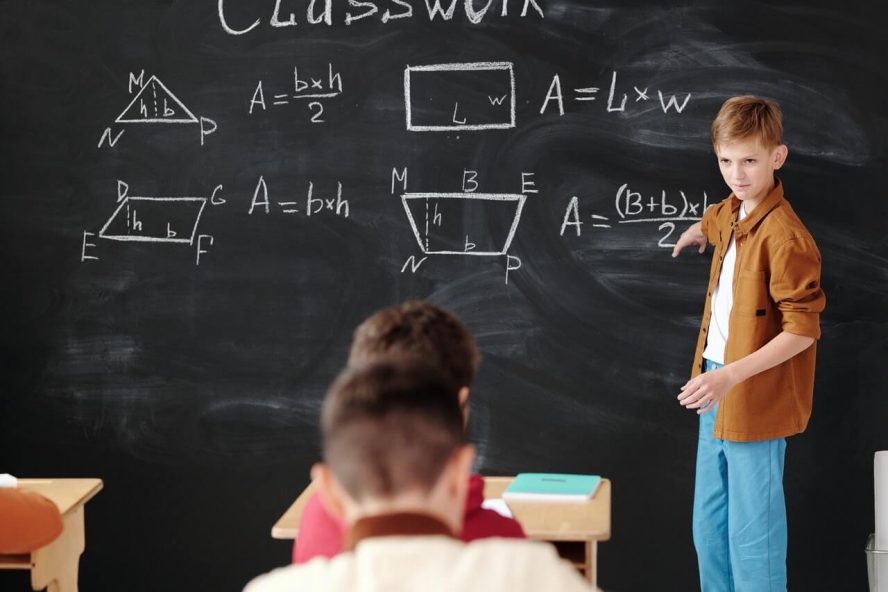 Almost every school in the UK offers students the opportunity to become a prefect. However, what really is a school prefect, and what do they do? This article will answer all your questions surrounding this topic.

A simple definition of a school prefect is as follows: a student who has been meticulously selected to carry out certain responsibilities and duties. There are many types of prefects, including Head Girl and Boy, House Captain, Library Prefect and so on. But what do they do? The Head Girl and Boy, for example, give out speeches, represent the school at events and more. The entire explanation of each prefects’ responsibilities is explained below. School prefects are often elected in their final year of schooling, whether that be Year 11 or Year 13.

What is a School Prefect?

A school prefect is an elected student who has been chosen to perform certain responsibilities, giving them some authority in school. There are several advantages that come with this position, which include a positive addition to your CV. There are multiple different categories of prefects, which will be discussed further on in this article.

When Can You Become a School Prefect?

Generally, the prefect positions are awarded at the start of Year 11/13, depending on whether you are in secondary school or sixth form, however this can vary from school to school. On the whole, this is the most common way schools do this. It is likely these years are chosen because by this time you will have an extensive knowledge of the school you attend and have reached the ‘top of the pile’ by your last year, so will be more confident and assertive whilst completing your designated assignment.

Applications for becoming a school prefect are often taken towards the end of Year 10 or Year 12, again depending on which part of the school you are currently in, so in the lead up to the summer term it may be best to start thinking about which position you would like to apply for, if any. Your school will usually notify you of application deadlines and the positions they have to offer.

What are the Different Types of School Prefect?

In a school there is often a multitude of different types of prefects. A quick disclaimer: this list will not be correct for all schools but serves the purpose of giving a general idea of what can be expected from your average UK school.

Often considered the most prestigious role a student can be given; Head Boy and Head Girl hold the most influential position of any prefect in the school. Often having many candidates, this is a highly competitive and sought-after position. The Head Boy and Girl represent the school. They should be a good role-model to younger students, and generally lead other prefects as they do their duties.

In an average school, their tends to be in-school houses. Each house is often appointed a House Captain who lead their house to victory in events such as Sports Day. The House Captain represents their in-school house, and there may be just one house captain or multiple.

Library Prefects are responsible for the school library, sometimes taking shifts there, helping students and keeping it neat and orderly. They may help organise school events to do with the library, such as World Book Day.

Although they are less common in UK schools, Hall Monitors do exist in some places. They exist to keep the halls orderly and neat. They may monitor halls at break or lunch and can be found all across the school.

What are the General Tasks of a School Prefect?

A school prefect is expected to carry out multiple duties depending on which position they are given. Using the list of different prefects briefed above, I shall give an overview of the general duties expected of each type of prefect.

The Head Girl and Boy represent the school at events in and out of school, for example an in-school Prize Giving or a local charity event. They are generally expected to give public speeches from time to time in front of different year groups, the school, or attendees to the events they are present at. They may also act as a guide for visitors to the school. The Head Girl and Head Boy tend to lead other prefects and assist them with their duties. They must also act as good role-models for younger students and may get involved in activities involving the lower school.

The Deputy Head Girl and Boy almost act as understudies for the Head Girl and Boy. They may attend events in place of the Head and fulfil their duties if they are absent. They too are present at some events but appear less frequently. They assist the Heads in all their duties and are their second in command so to speak. They must act as role-models for the younger school and may be involved in lower school events too. They may also be required to give speeches.

The House Captain leads their house in school activities, such as Sports Day. They represent their house and their house’s students. They take part in all house–related events. They generally required to be athletic, as houses are most commonly used in sporting events, making the House Captain’s prime time Sports Day. They may also represent their school in sporting events outside of school. They must organise House Meetings and be able to communicate with the rest of the pupils clearly. They also help to organise and lead school sporting events and assist school PE teachers during these activities. They must be friendly, an effective leader and a good motivator for the students.

A Library Prefect must be available to take shifts in the library. They may work behind the desk, helping students with their requests and completing standard jobs such as monitoring overdue books. They also have the responsibility of keeping the library neat and tidy, and ensuring all books are put back in a neat and orderly fashion. They may also have to take care of any rowdy students who need to be removed or help students who have a question. They should have a thorough knowledge of books and know where to find specific novels. If a student asks for recommendations, they should be able to give a good, substantial answer. They may also help monitor and organise library events, such as World Book Day.

Hall Monitors patrol the corridors to ensure all students are behaving and are conducting themselves to a good standard. They take care of any misbehaviour that may occur and alert members of staff if they see trouble. They also make sure students are punctual and attend lessons on time, and ensure all students are where they should be and not loitering in the corridors. They also might help to keep the halls clean and tidy up any mess that may have been left behind.

What is the “Best” Type of Prefect?

This question varies among different people, but if referring to status then Head Girls and Boy is the best position to be held. They are the student heads of the school and have the most influence out of all the prefects.

However, to some people being the leader of the school would be their worst nightmare, and a more discreet role such as Library Prefect would sound the best to them; it all depends on who you are.

How Hard is it to Become a Prefect?

This depends on your year-group size. If in a class of 1000, it is going to be much more difficult to gain a position than in a class of 200, as there will be more competition.

Your general reputation in the school is important too. If you are labelled as a well-behaved student in school who consistently tries their hardest in everything they do, you are going to be in with a much better chance than someone who is constantly in trouble with teachers.

It also depends on which position you go for; some positions may be in much higher demand than others.

How Do You Become a School Prefect?

As you reach the end of the school year in Year 10, applications for prefects next year may start to open. Quite often an application form is given out. You must then complete this form before the due date, and then give in your form to school. It really is that simple!

What is Required to Become a Prefect?

To become a prefect, generally nothing is required, however your school may have a policy that bans people with a certain amount of behaviour points from applying.

There are certain qualities that are looked for in a prefect, such as being cooperative. Cooperation is key whilst being a prefect as your main duty is to look after other students and assist teachers with jobs. You must also be helpful and well-mannered. Someone with a particularly bad record in the past will most likely not stand much of a chance of becoming a prefect as the school may think they will abuse the authority they are given, or not carry out their duties as they should be, which is also why a prefect must also be trustworthy and responsible.

Participating in lots of clubs in school should give a boost too, as it shows you are committed to your school and like to try your best in a wide range of areas.

Although good grades are generally not considered to be important during the process of choosing a prefect, trying your hardest in each subject is vital. If you prepare yourself well and try your best in each lesson, it will be recognised by teachers and will in turn give you a better chance of being given the prefect position.