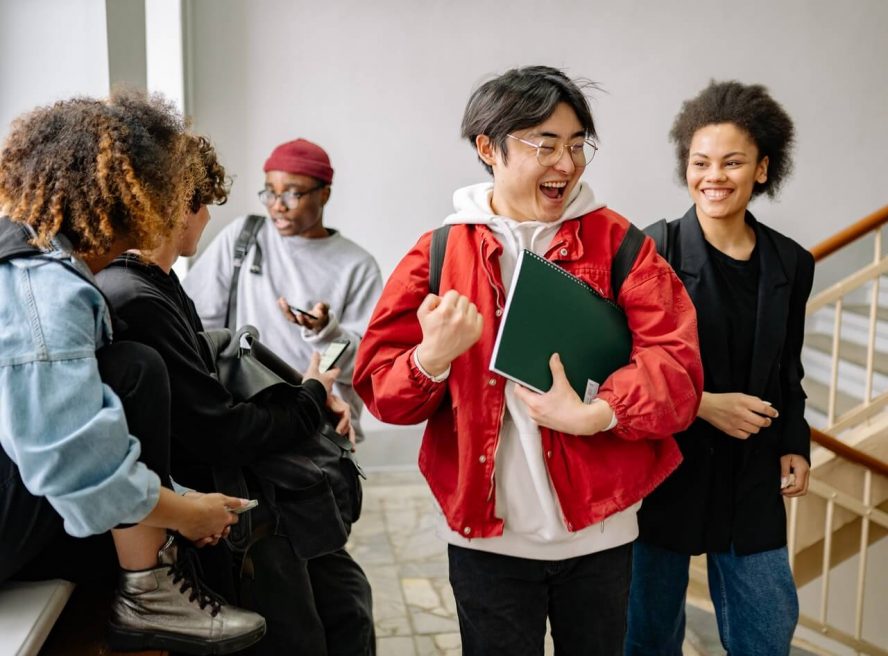 If you want to continue studying after GCSEs, there are many options for where you can do this. Two of the most common are sixth forms and colleges. But there’s also the option of sixth form colleges where you can have an experience that’s in between these. As the experience can be described as between a school sixth form and a college, it can sound slightly confusing. But finding out what you actually do at one can help you to better understand.

Continue reading for more information about what you (actually) do at sixth form college. From what you can study to how much time you spend there. If you want to go to sixth form college, stay tuned to find out what’s really involved.

What do you study at sixth form college?

If you’re aware of the British education system, then it’s likely that you’ve heard of the term sixth form college. But even these familiar terms can become an enigma when we realise that we don’t know the answers to even the obvious questions. One of the most obvious of these is about what you can actually study at a sixth form college.

When thinking about what to study at sixth form college, more academic qualifications such as A-Levels often come to mind. While they’re not the only courses available to you, they’re still a great option. This is especially true if you’re thinking about going into further education or if you’re not quite sure what you want to do yet.

A-Levels come in a range of subjects from more traditional ones like Maths to ones you may not have known existed like Music Technology. Although your sixth form college may be more limited in the courses they offer. Whichever ones they decide to take, students will typically study 3 A-Level courses, but they may be able to study 4. For more information about A-Levels, check out this article from Think Student.

BTECs are practical courses that are better suited to students who learn more effectively with an active learning style rather than a theory-based one. For more information about BTECs, check out this article from Think Student.

CTECs are also known as Cambridge Technical qualifications. These are vocational qualifications that were designed to better suit students’ learning for employers and higher education providers, such as universities. They are made as a post-16 option for students who are interested in a specific sector, as many other vocational courses are.

In case you were wondering, exam boards are organisations that are responsible for setting and marking exams. For more information, check out this definition from Lexico.com

What are Cambridge Pre-U qualifications?

Cambridge Pre-U qualifications are another great option for you to study if your sixth form college offers it. It is an academic qualification that was designed with universities to prepare students with the right skills and knowledge to thrive at university. The main things considered when creating these courses were for students to develop independence, research skills and detailed knowledge in their chosen subjects.

The Cambridge Pre-U Short Course is equivalent to an AS qualification. It is very similar as it is essentially the 1-year version of the Principal Subject qualification and is available in the same subjects as it.

The Cambridge Pre-U Global Perspectives and Research is another 2-year course. Students learn about and research global issues and then go onto their own extended project in their second year.

The Cambridge Pre-U Diploma combines these together. Students study 3 Principal Subject qualifications, alternatively students can study 1 or 2 A-Levels alongside, with the Global Perspectives and Research qualification.

If you would like to learn more about what is involved in the Cambridge Pre-U as a whole or learn more about any of these specific courses that you may be able to do at sixth form college, check out this guide from Cambridge International.

What is the International Baccalaureate?

This is because it is an entire programme and includes 3 main elements. These are a 4000-word extended essay, the theory of knowledge element and the creativity, activity, service project. On top of that, students will choose 6 subjects to study from six different subject groups.

As T-Levels were only launched in September 2020, you may not have heard of them. Despite this, they are still a great option to study at sixth form college. This is especially if you don’t want to carry on with traditional education. If this is the case, a T-Level may be perfect for you!

In the UK, a T-Level is a type of level 3 qualification, that is worth 3 A-Levels. Like A-Levels they are taken after GCSEs and will last about 2 academic years. The idea of them is to enable students to develop skills and gain more knowledge in their chosen job sector as well as pick up transferable skills to enable them to thrive in a work environment.

What are level 2 qualifications?

Level 2 qualifications cover quite a wide range of academic and vocational qualifications. These include GCSE passing grades (9- 4 or A*- C), Intermediate Apprenticeships, functional skills, level 2 BTECs, level 2 CTECs and level 2 NVQs. While you won’t be able to do an Intermediate Apprenticeship at sixth form college, depending on your specific sixth form college, you may be able to do quite a few of these.

At sixth form college, the most common level 2 qualifications that students do are GCSE retakes, especially in English or Maths. This is because it is compulsory for you to retake these GCSEs until you get a passing grade of a 4 or a C. If you would like to learn more about these GCSEs being compulsory, check out this article from Think Student.

How many hours per week are you at sixth form college?

While sixth form colleges are slightly different to school sixth forms, there are still many similarities. This is especially as the average contact time you will have actually being taught will be quite similar. At sixth form, the average teaching time you will get is between 15 and 18 hours per week.

While this will depend on the exact sixth form college you go to as well as what course(s) you take, this means that you will have significantly less lessons per week than you would’ve had previously. For more information about how your time is spent at sixth form, check out this article from Think Student.

For more information about if you have to stay during free period, it’s best to contact the sixth form you go to or any that you’re interested in going to.