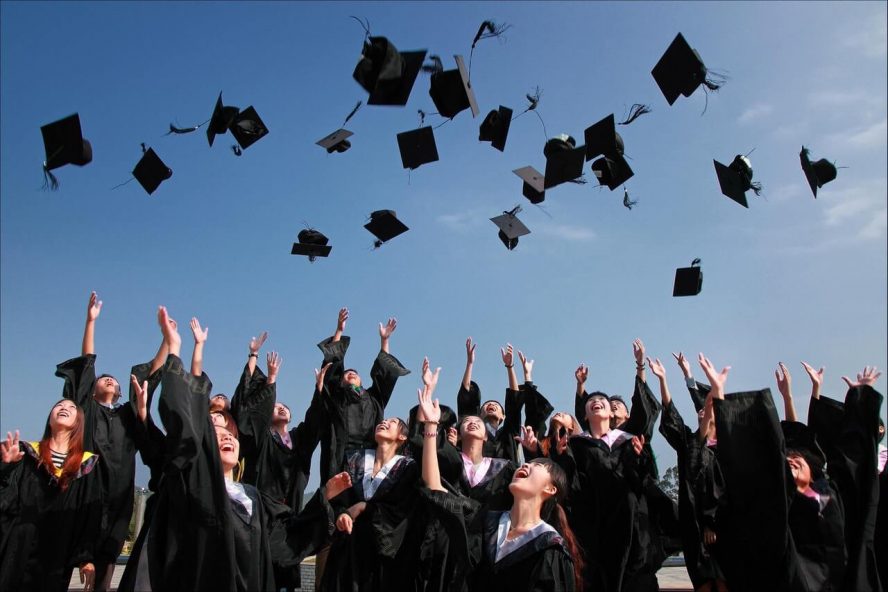 Higher education and further education may be terms you have heard many times before. But you probably didn’t know the difference between the two. Thousands of students enter university every year. Considering you’re reading this article, there’s a good chance you intend to be one of them at some point. Yet for many people entering Uni, they don’t know what level of education they’re going into. In this article, I will make it clear exactly what stage of education university is. I will also give more detail about the differences, and which could be right for you.

Please read on to understand more about the differences between the two, and which could be better for you.

What is Higher Education?

Further education can also include some other more unusual qualifications. These include; Land Based Colleges which focus heavily on agriculture, and art, design and performing art colleges.

What Are the Key Differences Between Higher and Further Education?

So, what are the key differences between higher and further education? Let’s consider the focus and outcome of each form of learning. Further education is usually a little more relaxed, and allows people to take a course of their choice, and learn skills that they want to learn. Often, they are used to prepare for a job or higher education, but they are often slightly more relaxed and less pressurised.

Higher education is specifically set up towards providing students with knowledge that they will need to set them up for a career in their chosen path of study.

Higher education tends to be more theoretical, and students will receive professional training during their study that prepares them for a job in their field of study. The field of study also differs.

Further or Higher Education: What Should You Choose?

So now you have a good idea about what further and higher education are. You also know the key differences between the two. You may be wondering which option is right for you. Well, the first point to make is that nowadays, by law, you have to be in some kind of education until you’re 18. This means that even after you have finished secondary school, you will need to take some form of further education. This could be in the form of A-Levels. It could also be an apprenticeship or a host of other options. Make sure you check out other articles for more information on making this choice on the Think Student website.

Some people do further education, such as A Levels, with the aim of getting into higher education. If this, is you, and you have a desire to go to university, then you probably also have a decent idea about what career path you want to pursue. If this is the case, then Uni and higher education could be the right option for you. Especially if you are trying to get into a competitive field of work. Going to university will prepare you specifically for work in the field through study-based learning. It will also get you a degree at the end, which will greatly help you get work.

However, for some people who wish to do something based in agriculture or an arts-based job, there may be options in further education that are better suited to you. For example, there are colleges that specifically focus on agriculture, as well as arts subjects such as art or drama.

Should You Go Straight into a Job?

There is also the option of heading straight into a job after you have finished the mandatory education. This is especially possible if you have done an apprenticeship. If the field of work you wish to enter into is not as competitive, and you have done an apprenticeship in it, then you could use your further education to head straight into a job. However, if you are looking for a competitive job in a complex field, higher education may be the way to go.

What Options Do You Have at University?

So, if you have decided that higher education, and university are the right options for you, this is just the beginning. Unfortunately your difficult choices are still not over. Far from having to choose which course to take, which in itself can be a tough decision, you have to decide what level of degree you want to do.

There are many options when it comes to making this decision. A standard undergraduate degree, or Bachelor’s Degree, is what most people take, and what the first stage of your university course will probably be. They are usually conferred to courses taking around 3 to 4 years.

A master’s degree is a more advanced degree, taken after you achieve your bachelor’s degree, and usually lasts between 1 and 3 years. For students in the United Kingdom, you can earn a Master’s in an undergraduate course whose final year comprises high-level courses and a major research project.

Then you can also do a doctorate. This is the highest level of academic degree that you can undertake at university. It earns you an equal level to the faculty you studied under (and it means you can make your friends call you doctor of course!). This is a degree level that proves you are an expert in your field. This greatly increases your prospects of finding a good job within your field of study.

Bear in mind the point of higher education is usually to find the best job possible in an area of your choice. The higher the degree the better.

This is true especially in areas of work that are highly competitive, such as careers in medicine or engineering. Having a master’s degree, or a doctorate in these areas will help you rise above your competitors.