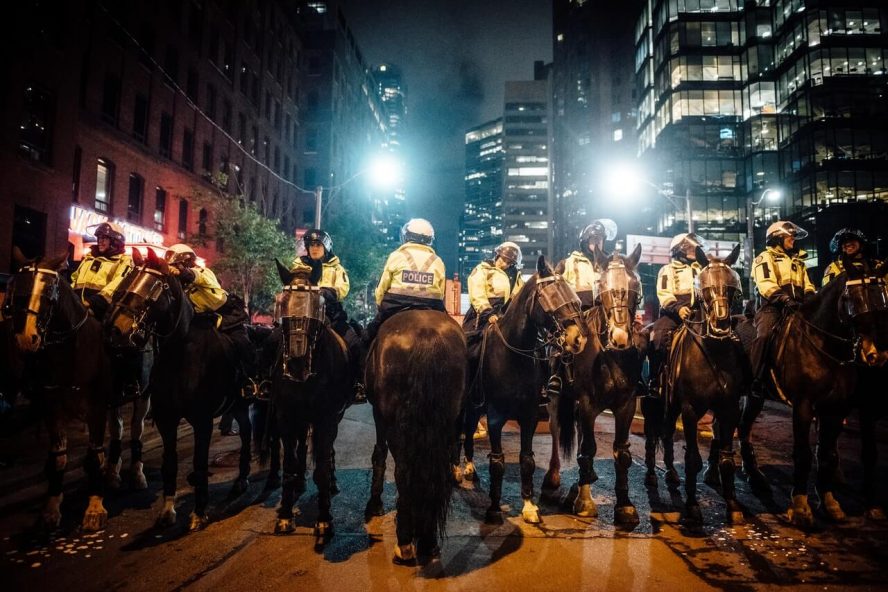 Becoming a Police Officer is a dream for many across the United Kingdom, but how long does it take to achieve? In this article, we will answer that exact question by providing you with all the relevant information on how long it takes prospective Police Offers to join the force.  As of January 2020, there are three key pathways to becoming sufficiently trained to work as a Police Officer in the United Kingdom. Each of the timelines for these pathways will be discussed in more detail throughout this article.

To become a trained Police Constable in the United Kingdom, you must undergo various medical and fitness assessments. You must also obtain a degree-level Professional Policing qualification, which, on average, takes between two and three years, providing you already hold sufficient Level 3 qualifications (e.g. A-Levels or BTECs). In summary, becoming a trained Police Officer in the UK takes between two and three years after Sixth Form College, depending on the pathway you select.

This answer ignores Continuing Professional Development (CPD), which is the training police offers have to continually undergo whilst in the force, to ensure they are up to date with the latest policing ethics and methods. If you would like some more information in the qualifications that Police Officers need, you may want to take a look at this useful article.

To learn more about the three different potential pathways you could take to become a Police Officer, keep reading this article!

Pathway 1: How Long Does it Take to Complete a Degree Apprenticeship?

You can find out which forces are currently recruiting apprentices here. This website allows you to search by location and qualification type, and so is a useful tool for anyone interested in becoming a Police Officer.

On completion of this apprenticeship, you will have acquired the necessary degree-level qualification that is required in order for you to apply to the force. Furthermore, due to the apprenticeship nature of this pathway, you will have automatically completed your police force probation (if there is one at the time of application) as you will have demonstrated your ability throughout your three years as an apprentice.

In many situations, it seems as though you are able to go straight from working as an apprentice to working as a Police Officer in the force that you trained with, which is even better! If you would like some more information about the degree apprenticeship route into Policing, take a look at this useful website.

Pathway 2: How Long Does it Take to Complete a Professional Policing Degree Immediately after Sixth Form College?

For people who have known they wanted to become a Police Officer since the start of their academic life, this pathway seems like the obvious choice, and is therefore the most likely to be taken. If after completion of your Level 3 qualifications (for most people, this will be A-Level qualifications), you are certain that you want to become a Police Officer, an undergraduate degree in Professional Policing should definitely be the step that you should take towards your career goal.

This degree will take three years of study and will put you in prime position to apply to the UK Police Force. It will teach you everything you need to know about the theory of police work and after completion of this degree, it will leave only the practical application of the knowledge you have learnt.

This pathway will take just as long as the apprenticeship option that was previously discussed in Pathway 1. That said, completing a degree at university is a great option for those who would like to have a university experience instead of jumping straight into their careers. A university course will enable you to meet new people, and you will find that you have much more freedom as a student than you would as a Police apprentice.

However, you should certainly keep in mind that as an apprentice, you receive a baseline income, whereas as a student you have to take on (often significant) student debt. Therefore, from a financial perspective, working as an apprentice may be the smarter route into Policing.

As you can see, if you have just finished your Level 3 qualifications, your decision between the first 2 pathways is not necessarily as clear-cut as it may have originally seemed. There are benefits and drawbacks to both pathways, and it is important that you carefully consider and evaluate your options into your career.

Some examples of Professional Policing degrees can be found below, to get your research on universities started:

Pathway 3: How Long Does it Take to Become a Police Officer after Studying an Unrelated Subject at University?

If you didn’t decide that you wanted to become a Police Officer until after you were already on another career path, you may have already completed an undergraduate degree in a different subject area. If you already have a degree, there is no point in completing another undergraduate degree (even if this time around it would be in Professional Policing!).

Instead, in this situation, you can start your new path to becoming a Police Constable as a “degree-holder”. This would involve you completing a different kind of training which would  combine in-class theory work with more actual policing work. The result of this would be that you obtain what is known as a graduate diploma in the practice of Professional Policing, leading to your training being sufficient enough for you to qualify to enter the United Kingdom police force.

In other words, this is essentially a shorter apprenticeship program, which combines on-the-job learning with academic theory. The difference is that this program is shorter, and intended only for graduates of unrelated degrees.

This pathway would take two years and you would only receive your graduate diploma after you complete your probation.

If you would like some more information about this particular route into Policing, you should take a look at this useful website. You can also find more about Probationary periods on this Gloucestershire Police website. This details all areas and circumstances for probation, including the probation required of new Police Officers.

You can also find out which Police forces are hiring degree holders at the moment. This (regularly updated) information can be found on this helpful website. You can also use the tools to narrow down your search for a Policing opportunity by location.

You may also want to have a look at the Police force in your area to see what they offer. Some examples of relevant Police force websites can be found below: