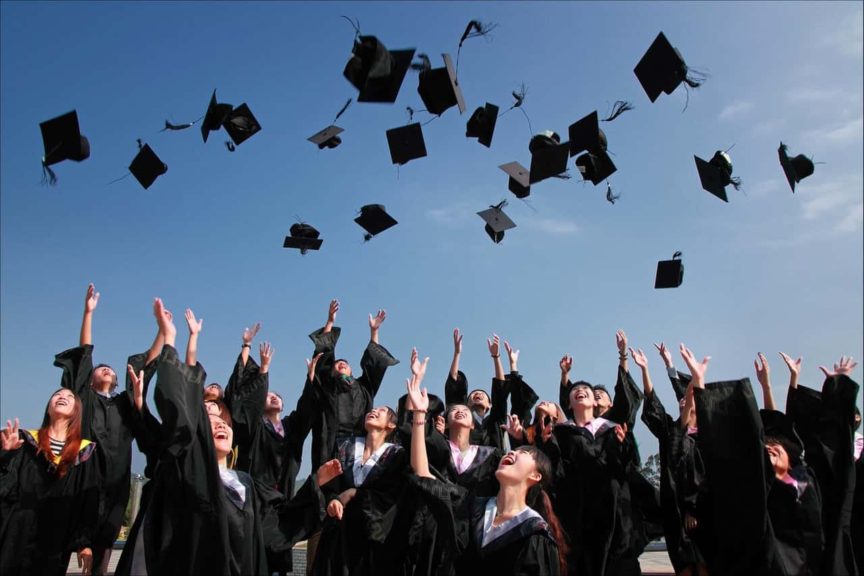 First-Class honours degrees are widely regarded as a respectable, impressive, and advantageous achievement to acquire. However, what is a 1st class honours degree? How can you acquire one? What does it really mean? All of these questions are answered in the paragraphs below!

A First-Class Honours Degree is awarded to a student who has accumulated an average percentage grade of 70% or above during their years at university. A 1st class honours degree takes 3 years to complete as a full-time student, and 6 years to complete as a part-time student. Getting a First-Class Honours Degree effectively means a student has achieved the highest grade possible for their university course.

This article will answer all your questions surrounding the topic of a 1st class honours degree. Let’s begin!

What is an Honours Degree?

Prior to attending university in the UK, you are obligated to select which degree you will study during your time there. There are multiple different classes of degree available, however this article is going to focus mainly on a normal degree and an honours degree (plus the various types shortly!).

At the end of your honours course, you will be assigned a special project or dissertation, which is excluded from the normal degree, which further adds to the challenge of the honours degree!

Honour’s degrees are not available everywhere; however, it is very rare to come across a university that does not offer this type of degree. Honours degrees are generally perceived as customary at universities across the UK, which is why it is uncommon to see a university without them.

What Are the Different Types of Honours Degree?

There are a multitude of honours degrees one can achieve. Below is an explanation of each individual honours degree you could receive once you graduate:

If someone fails to meet the requirements for a Third-Class degree, they will be awarded with an ordinary degree. However, they must have only missed out on Third-Class honours by a small margin to be presented with this degree. Otherwise, they will simply fail the course. You could also just have applied to study this degree, and graduate without honours.

A Third-Class degree is the lowest honours degree someone can attain. To be given this degree a student will have had to accumulate a percentage between 40 and 50%. They can also be referred to as a 3rd or ‘third’.  People with a Third-Class degree are at a disadvantage when it comes to employability, as most employers are looking for someone with a higher degree, as they are more likely to do the job better.

An upper Second-Class honours degree can also be referred to as a 2:1, or ‘two-one’. This is the higher of the two Second-Class degrees and is awarded to those who gained a final percentage of between 60-70%. People with this type of degree are at more of an advantage when it comes to job interviews, as this is the type of degree many employers are looking for.

Finally, a First-Class degree. A First-Class degree, commonly known as a ‘first’ or 1st, is the highest honours degree achievable, and is well respected by employers. Students must get a percentage above 70% to be awarded this degree, thus it is very challenging indeed. This degree is widely respected in the working world and puts you at a great advantage in job interviews, as you are more likely to be prioritised for the role.

How Do You Achieve a First-Class Honours Degree?

To be awarded a 1st class honours degree, you must accumulate a percentage of 70% or above. To a student who is not in university currently, this may not seem to difficult, however when you take into accord that the average student scores between 50 and 60%, it suddenly becomes a more challenging goal to complete.

How Long Does It Take to Get a First-Class Honours Degree?

Since you don’t apply for a First-Class honours degree (it depends on your grades whether you are given one) it means you have to be at university for the same amount of time.

How Common is a First-Class-Honours Degree?

The leading university is Royal Academy of Music, as 70.6% of their students qualified for a First-Class honour’s degree.

Second is Imperial College London, with 44.7% of their students receiving First-Class honours.

They are followed by: University of Surrey (44.4%), Royal College of Music (42.1%), University College London (39.5%) and Conservatoire for Dance and Drama (38.3%). The statistics mentioned are cited from this website.

Law is the hardest subject to receive 1st class honours in, as this degree is already notorious for its extremely difficult coursework and heavy workload. Only 6% of graduates graduate with a 1st class degree. Subjects following Law are Mass Communications and Documentation (9.6% achieved 1st class honours), Business and Administrative Studies (10.3%) and Education (10.6%).

What Are the Advantages of a First-Class Honours Degree?

Achieving a First-Class honours degree requires ample hard-work, time, and effort, but is all this exertion worth it in the long run? What are the advantages of this type of degree?

The most prominent advantage of a First-Class degree is employability. Attaining one gives you a higher chance of success at job interviews. Employers are searching for the best workers to fulfil the available role, and someone with First-Class honours is definite to outshine someone with a lower qualification, such as a 2nd or Third-Class degree.

If you are looking to enter into a highly competitive work industry, such as Hospitability or Law, gaining First-Class honours does put you at a higher advantage and develop a higher likelihood of acceptance. A First-Class honours degree puts you one step ahead of the game and means you have more priority for a role in the workplace.

What Are the Disadvantages of First-Class Honours Degree?

The main disadvantage of a First-Class honours degree is that although you are most likely to be given higher priority when it comes to being employed, it is not always a certainty the company will employ you.

Various people with a First-Class honours degree have struggled to find a job despite their achievements- it just depends on the circumstances at the time. The employer may not feel you are well-suited for the role, or maybe they are looking for someone similar, but just not quite you. These are issues you cannot control but unfortunately will most likely come across in your life, regardless of whether you have obtained a First-Class honours degree or not.

Can You Fail Your Honours Degree?

The short answer is, unfortunately yes. If you did not attain the minimum percentage needed (40%) you will most likely be awarded a degree without honours. Although this will not be perceived as a failure by employers, it can be disappointing for those who aspired to graduate with honours.

You can also fail completely and not achieve a degree at all, if your percentage was too low to be considered for a normal degree. If you want to find out more about your options if you fail your degree then check out this student article here.

Can You Do a Master’s Degree Without First-Class Honours?

A master’s degree is the next step up from a bachelor’s degree and is the succeeding stage for those who have finished their undergraduate course and would like to further continue their higher education.

However, if you do not have an honours degree, you may still be eligible for a master’s degree, although you may have to have attained a higher percentage than those who graduated with honours.

On rare occasions, you may be accepted to do a master’s degree without attaining a bachelor’s previously, however this circumstance is extremely uncommon.

Can You Still Get a First-Class Honours Degree If You Drop Out?

Unfortunately, no. Achieving a First-Class honours degree, or any honours degree at that, means staying at university for the entirety of the course.

Dropping out in the middle of the school year before the school year has ended means you will not qualify for the certificate you would have been awarded at the end of that year. For example, if you were a full-time student who dropped out in December of their second year, you would be awarded the Certificate of Higher Education instead of the Diploma as you haven’t accumulated enough credits.