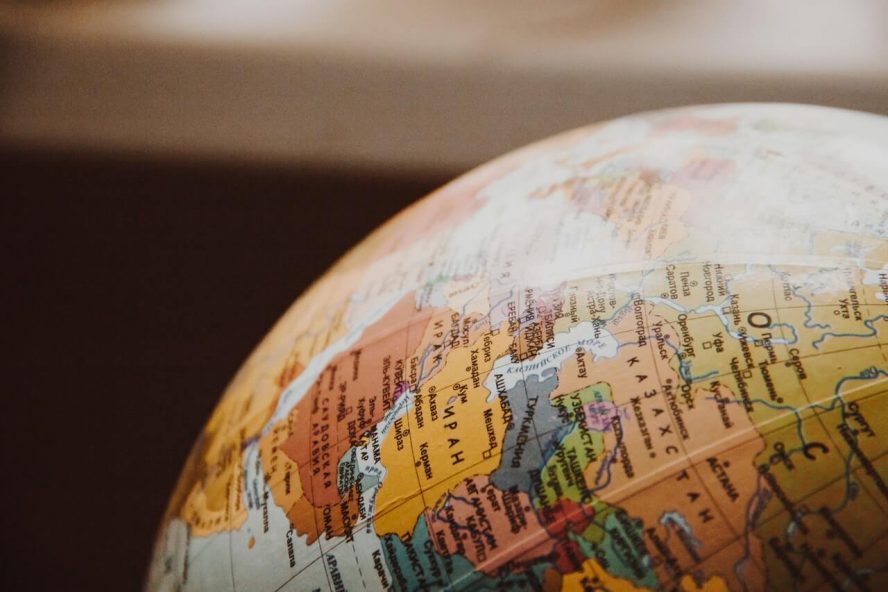 Languages are an intrinsic part of a person’s identity and culture. With the integration of societies, many of us find ourselves surrounded by a myriad of languages and dialects, in both our school and personal lives. Although English is arguably the most highlighted and spoken language, many countries around the world emphasise the importance of learning the local language, or others that are commonly spoken. Learning another language is an amazing skill, it opens up many professional and social doors.

Language degrees are worth studying at university! Contrary to popular belief, many people who have a degree in languages go on to secure high-paying jobs in various fields around the world. Pairing a language degree with another mainstream degree will prove to be highly useful.

This article covers the types of jobs you can get, the advantages and the possible drawbacks of studying a language at university. Also, this article will provide tips that you may find helpful while you consider the possibility of pursuing a degree in a language, so read on to find out more!

What Career Can You Get With a Language Degree?

Completing a degree in a foreign language can lead on to many careers, some of the more common career paths are listed below:

Most of the careers listed above don’t require a degree in a language. However, having a language degree would give you the edge over an applicant who may not. For more ideas on what you can do with a language degree, check out this article here.

Is a language Degree Useful?

The biggest stigma around language degrees is they’re not a mainstream degree, and hence will give room only to niche jobs, this is actually more of a misconception. Having a degree in a foreign language is an impressive feat, and it brings along with it many benefits.

The beauty of a language degree is its ability to make you more appealing to employers. Being comfortable with another language and its culture makes you an attractive candidate for international companies. You will be able to effectively communicate with people from many backgrounds, which is becoming increasingly more crucial with the rapid globalisation in the world. Gaining these skills will help you stand out more against other candidates in the job market.

Moreover, knowing another language professionally gives you the chance to find work abroad more easily instead of being confined to mostly English-speaking regions. Having the option of multiple countries increases your pool in which to find a job, making it easier to find work.

Having the option of being able to move more freely around the world is amazing, as you will be more adaptable to various jobs, gaining experiences along the way while exploring new places. It may pave the way for you to a better quality of life as well. Learning a language like Spanish, French, Arabic or even Mandarin opens up many countries at once, as they are widely spoken across the world.

Keep in mind that only having a language degree will in some cases reduce your chances of securing jobs and ones with high pay. Many countries may not have many high-paying jobs that require a language major, so your job market may become really niche. This is why I recommend you consider studying a language alongside a more common degree, such as Business.

When paired with another degree such as STEM, Business or even government jobs to do with relations and diplomacy, the chances of you getting into high-paying jobs is increased drastically.

Having a wider skill set makes you more tempting to employers. Studying a mainstream degree alongside a language is a fantastic idea. This way, you won’t be restricted to having only language-based jobs, you can again increase the pool of jobs available to you.

It’s scientifically proven that learning languages positively impacts your cognitive abilities – boosting your ability to perform better in a range of different key skills, from problem-solving to finding relevant information.

Although this may not seem like a solid reason for taking up a language degree, it’s worth remembering that these skills will make you sharper, bettering your overall efficiency and potential.

Improving your cognitive abilities and preventing mental decline while getting a degree is a win-win situation. If you are interested in the benefits of learning a language, check out this article here.

What Types of Language Degrees Are There?

Today’s workforce demands someone who is flexible, and able to communicate with people who have different backgrounds, languages, and cultures. A language degree is impressive in the sense that it equips you with that skill set and opens up a whole range of fields that may not be available to someone who isn’t multilingual. At university, there are numerous degrees to choose from. Below are a few popular ones to consider.

This is the scientific study of language. Linguists study the development of languages throughout our life – how we learn them, how changes affect our communication. Click here for an example of a linguistics degree available to study at a university in the UK.

Another common subcategory of this is Linguistic Anthropology, which takes a more social approach in comparison to the scientific approach. The connection between culture, society and languages is explored. There is a multitude of languages from ancient to endangered languages being part of your study.

Linguists often go on to do jobs in teaching English as a second language, language software development, speech therapists and marketing executives.

For the ones who are fascinated with a certain language and want to study it in depth, a degree in language studies is the one for you. Part of this degree involves studying abroad in the country of origin of your chosen language. So, you’re right at the heart of its culture, community, and language.

Language studies is a great way to explore and open up opportunities for your professional and social life. Graduates frequently go onto working jobs as interpreters, translators, broadcast journalists and even diplomats.

A degree in this would appeal to those who want to broaden their horizons on the world community. You explore areas like languages, political science, world history, religion and art. Studying abroad comes strongly recommended along with this course.

People with this degree find themselves the most versatile as they’re found in many fields, ranging from teaching to being a social worker to international business and relations.

What You Need to Know Before Studying a Language at University?

Studying a language degree comes with a lot of challenges, some of which are different from more traditional degrees. While applying for a language degree, it’s worth asking yourself the following questions:

What Career Do You Want?

This question is crucial because if you aren’t looking for a degree in translation, interpretation, or even teaching, having only a major in language may not be the right option for you. Working backwards from this question is a great starting point to deciding whether you should take this up at university.

Is Your Aim to Learn or Study a Language?

Learning and studying a language are often confused with each other, but there is a difference between the two. If you only want to learn the language, taking up a certified course is a much better option. This is because not only is it cost-effective, but it also takes up less time, effort, and resources. Studying a language on the other hand requires looking at it on a deeper, scientific level. This requires more help due to its intensity, calling for an academic, university degree.

Are You Really Passionate About Languages?

Having a true passion towards something can be the difference between a yes and no. If languages are your calling, it would make sense to pursue it at university and career.

Studying a language requires you to work at it every day, hone your skills and integrate it as part of your daily life for you to truly get advanced. This article here gives good insight into various language course options and entry requirements you may require if you wish to study a language degree.