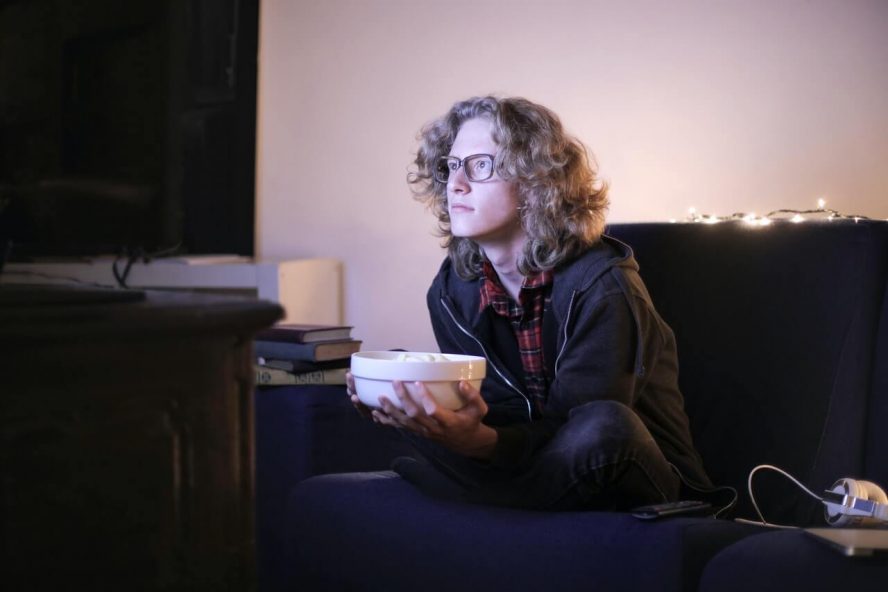 A TV licence is what allows you to watch live television legally. They were first implemented in 1946. Believe it or not, the cost of the licence was only £2 (around £85 today). Now at a whopping £159 a year. You may be wondering if you can get away without having a TV license. Unfortunately, live TV is not free, so it is punishable by law if you watch it without a licence. The only way you can legally not pay for it is by not watching live TV at all. Though a TV licence may not seem that big of a deal in the world of Netflix and Amazon Prime Video, those of you who use BBC iPlayer and live TV may find it more pertinent.

Watching live TV without having a TV license can result in a fine of up to £1,000 and even prosecution in court.

By reading this article, you’ll know the consequences of not paying your TV licence, how to pay it and what the purpose of one is in the first place. Let’s jump into it!

What Happens if You Don’t Have a TV Licence?

You only require a TV licence if you watch live TV and use catchup apps such as BBC iPlayer. If you don’t have a TV licence when you should have you could get fined up to £1,000 and in extreme cases get prosecuted in court. Now this amount of money is no laughing matter especially for a student, so it’s very important you have a licence inf required.

You may have heard rumours about the notorious TV licence detector vans used by the BBC that could catch you watching TV illegally. Although these vans do exist, they are very rarely used and only in operation in the case of a warrant. Check out this article to find out more about the BBC’s vans.

Rather than being caught out by a BBC van, what will likely happen is you will be sent several strongly worded letters asking you to pay your TV licence. At this point, people typically start making payments. You might be familiar with the warning letters sent to remind you to pay your TV licence. Unthreatening as these may seem, if you are not paying it, the consequences can ramp up.

Having to worry about potential fines and prosecutions is not what you want to be worrying about when you have a degree and the other stresses of university life to occupy you. The risk is not worth it so pay it if you have to and save yourself the stress.

Visit this website to check if you require a TV license.

Can the Police Get Involved if You Don’t Pay Your TV license?

If you are somehow suspected of watching live TV without a licence, an inspector may come to your house. Though this will only happen after at least one warning letter has been sent, the possibility of it occurring is something you might want to keep in mind.

One thing that may come as a relief is the fact that they legally cannot enter your house if you do not allow them to. This is because, at the first visit at least, they are not equipped with a warrant, a document necessary for them to enter your home. However, if you do not let them in the first time, they may request a court order with which they can legally enter as you are then suspected of committing a crime.

When they enter your house, they will be searching for evidence of a TV set and asking questions such as “Do you use catch-up services?” and “What do you usually watch on TV?”. They will also likely be writing down these answers and asking for your signature to confirm the responses are accurate and honest.

In certain situations, a police officer might make a visit in place of an inspector, though this is likely to be a quick visit, as they are encouraged to avoid intimidation tactics and threatening behaviour. It is also possible for an inspector to enter your home (accompanied by police officers) when you are not present. This all may sound a bit extreme, but ultimately if a crime has been committed it’s the police’s job to enforce the law.

Why Do You Need a TV licence?

It is a criminal offence to watch live TV on any service or use BBC iPlayer without a licence. This includes both the app and website version of iPlayer. Regardless of if you already pay for Sky or ITV, you will still need a licence to watch live shows.

The iPlayer rule also means that you might not even have a TV, yet you will still require a TV licence. You could be streaming a show live from your laptop on BBC iPlayer, but you are technically breaking the law if you do so without a licence.

A good thing about TV licences is that you only need one per household. This may be why you might have never heard of them before as your parents were likely the ones responsible for it. Your parent’s TV licence might still cover you if you live with them outside of term time. Over the summer holiday, for example, if you go back and move in with your parents again, you are entitled to your parent’s licence.

You should say when you don’t need a TV licence as well as when you do. As stated before, by not paying your licence, you will be sent several warning letters. This might happen even if you do not need a TV licence. In order to stop receiving these letters, you will need to complete a ‘No Licence Needed Declaration.’ You will be asked several details such as your address, name, and the reason why you do not need a licence. Click here to find the no licence declaration.

Is it Worth Getting a TV Licence?

As a university student, paying £159 to watch live TV may be too expensive, although it really depends on what kind of things you enjoy watching. If you’re desperate to watch live shows on demand, then the £159 may be reasonable for you. However, for those who are fine with seeing an episode a few hours later or just use Netflix, of course a TV licence is not the way to go.

You should bear in mind that you only require one TV licence per address, click here to find out more. If you are living with other students, this cost will be split across the household, so it’s worth talking to your housemates before making the decision on whether you should get a TV licence or not.

You may want to consider other streaming services that offer more shows or forms of entertainment that you enjoy and compare prices. For example, basic Netflix costs £5.99 or around £71 a year. Comparing that to £159 a year, you can see how a TV licence might not be a great investment.

You can pay for a TV licence here. The payment process is compatible with bank transfer, direct debit, cheque and more.